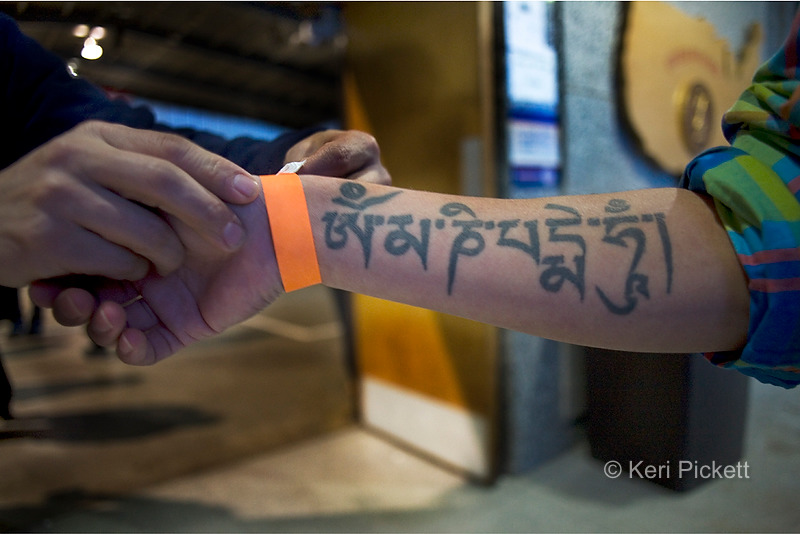 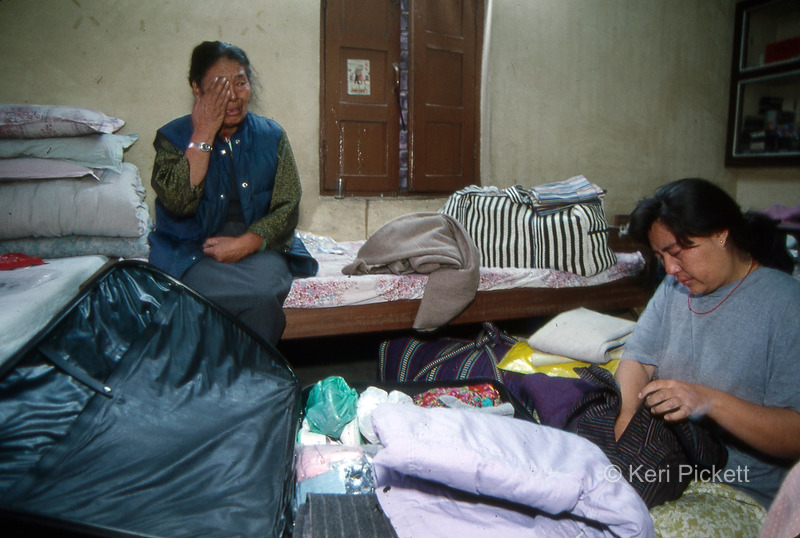 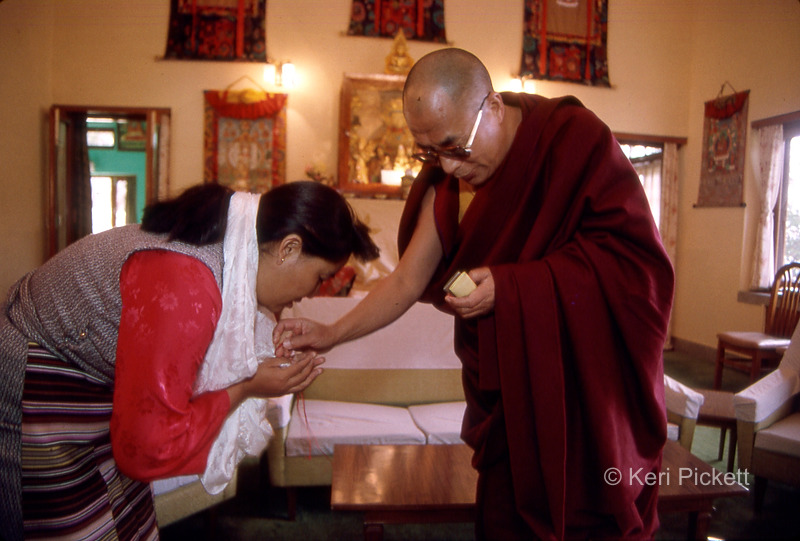 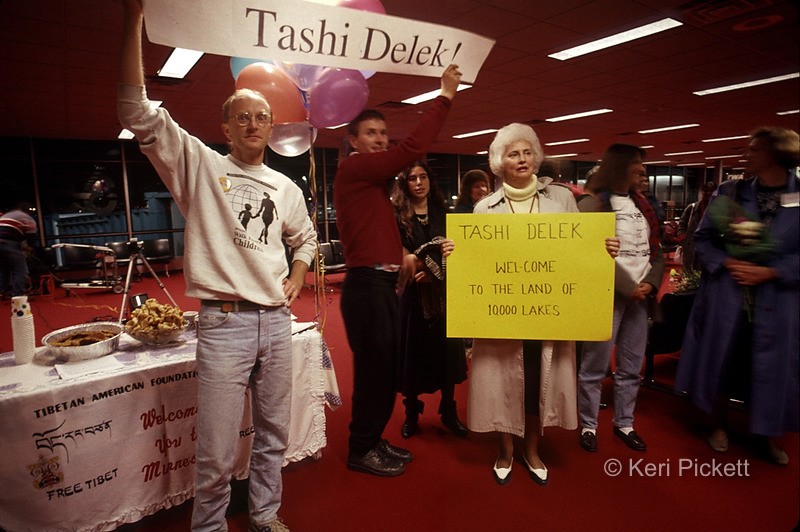 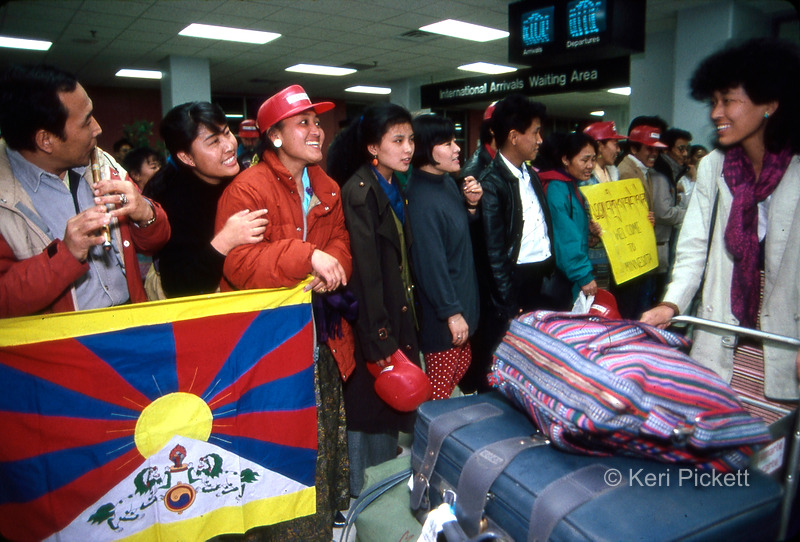 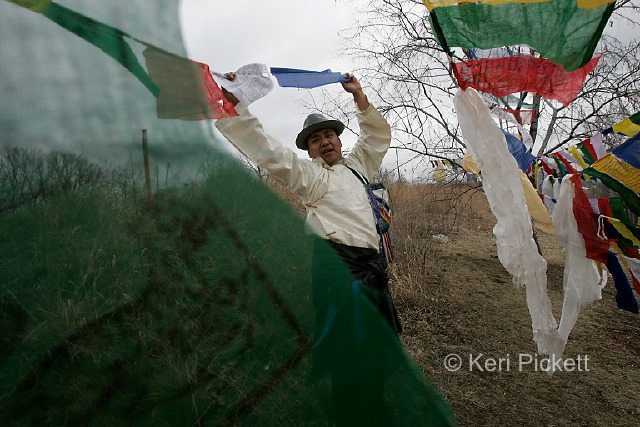 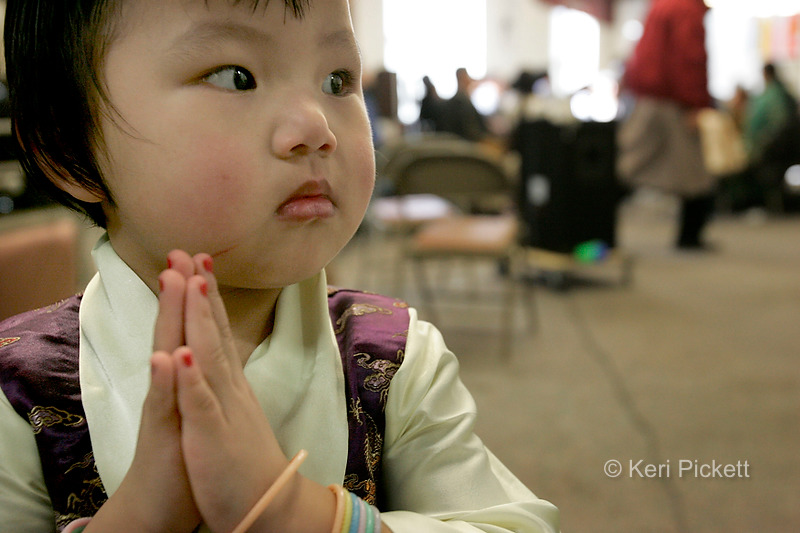 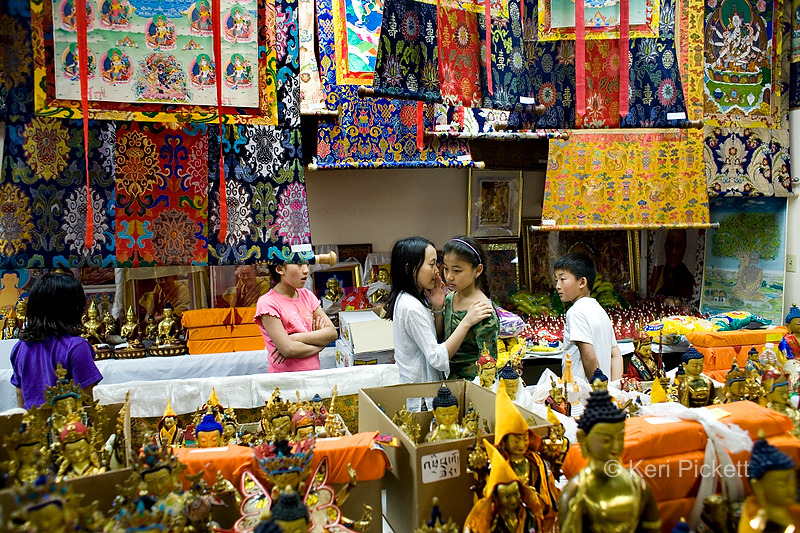 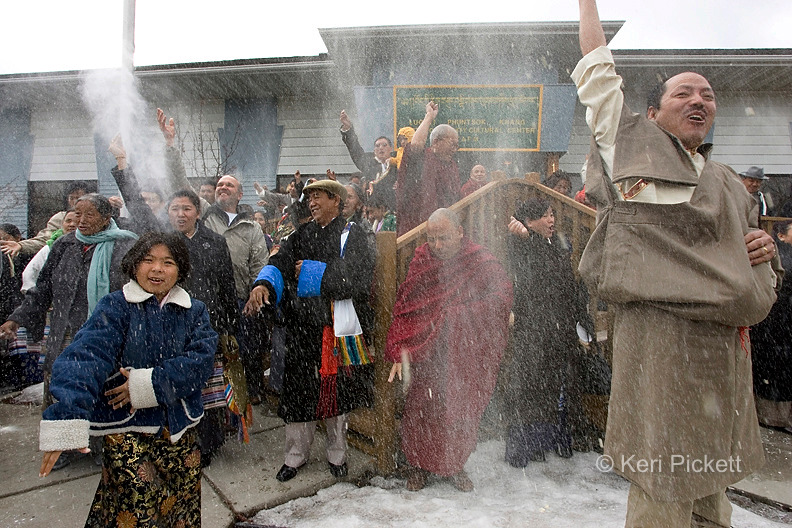 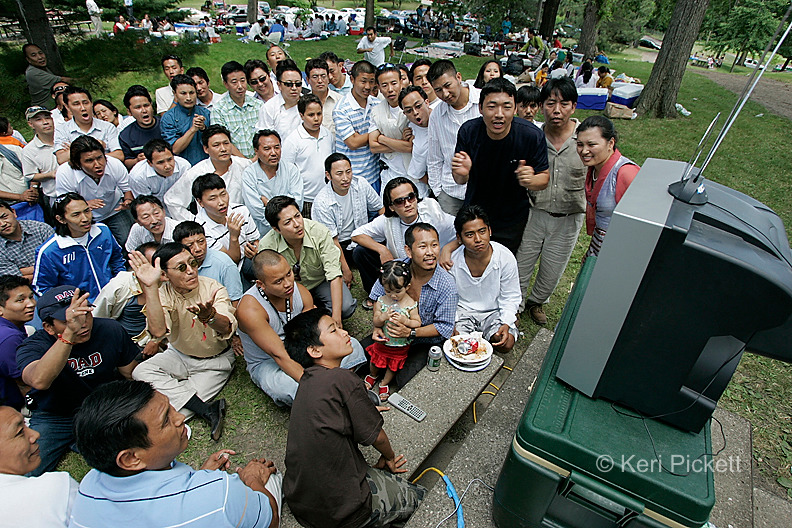 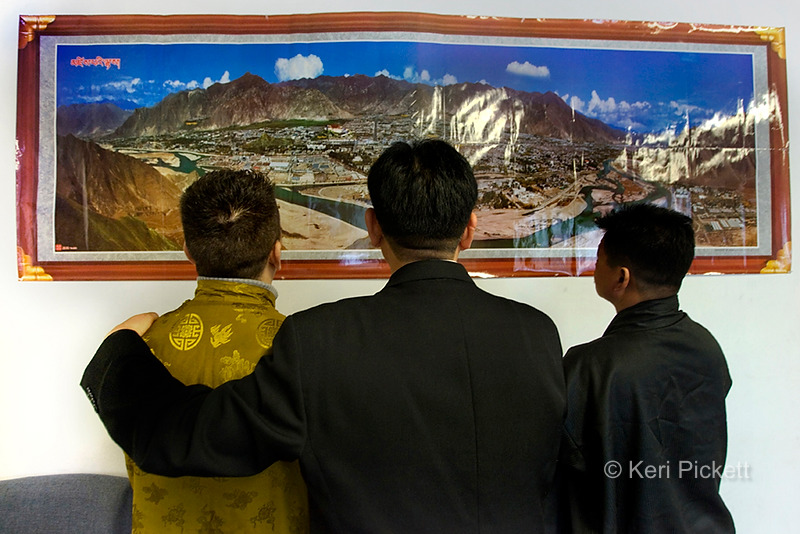 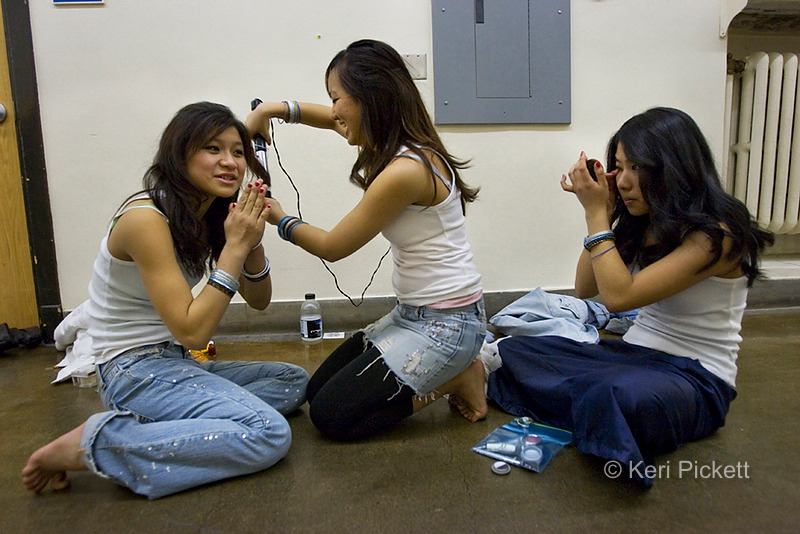 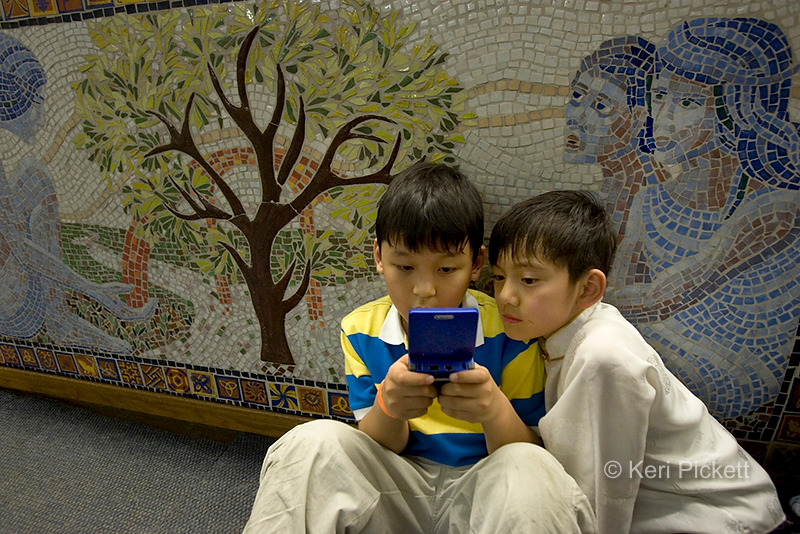 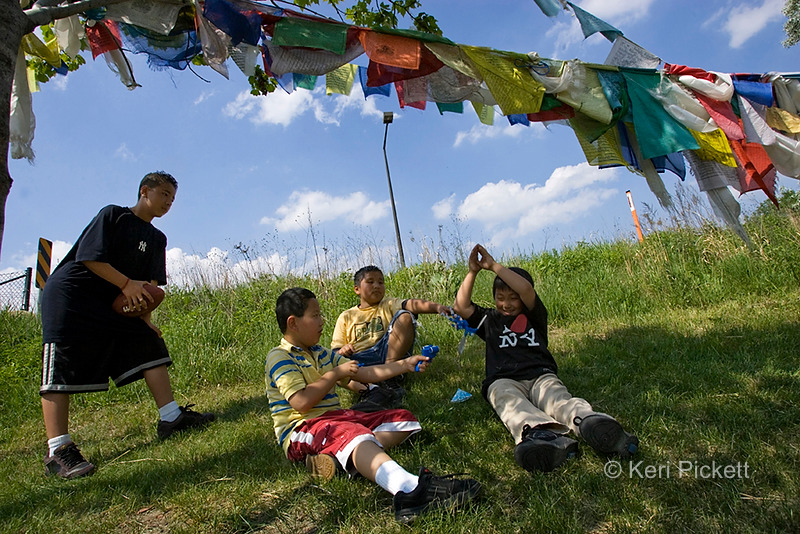 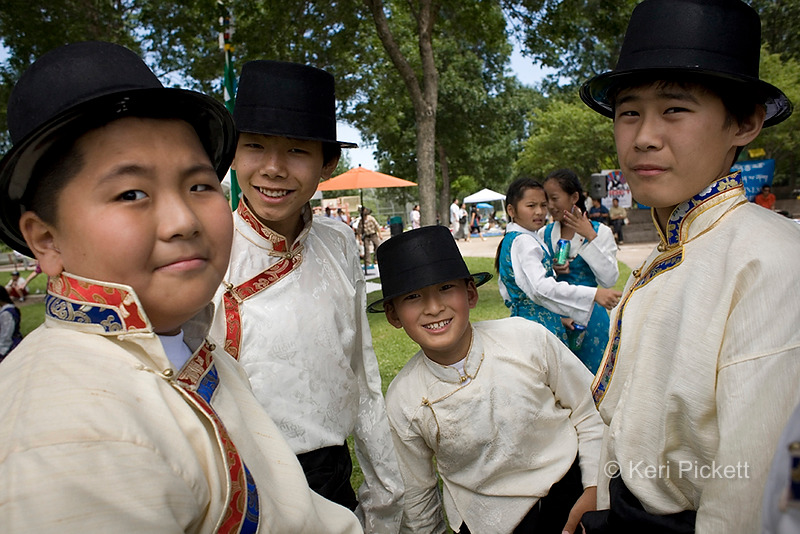 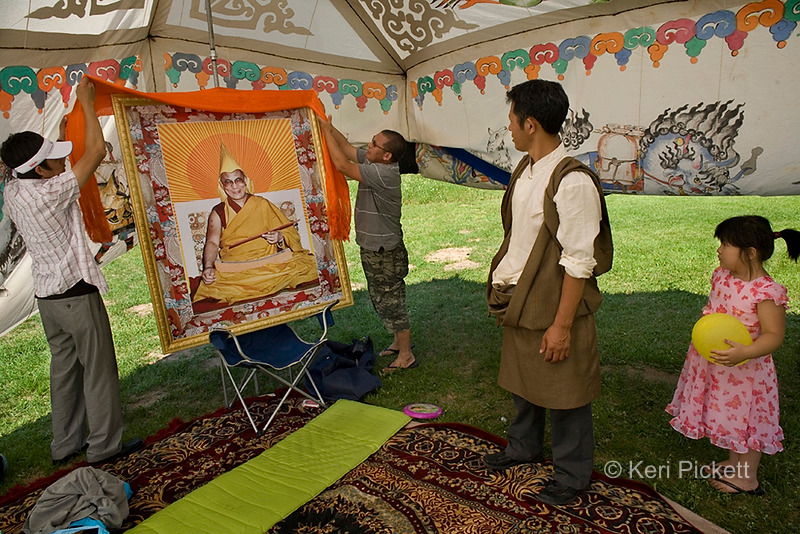 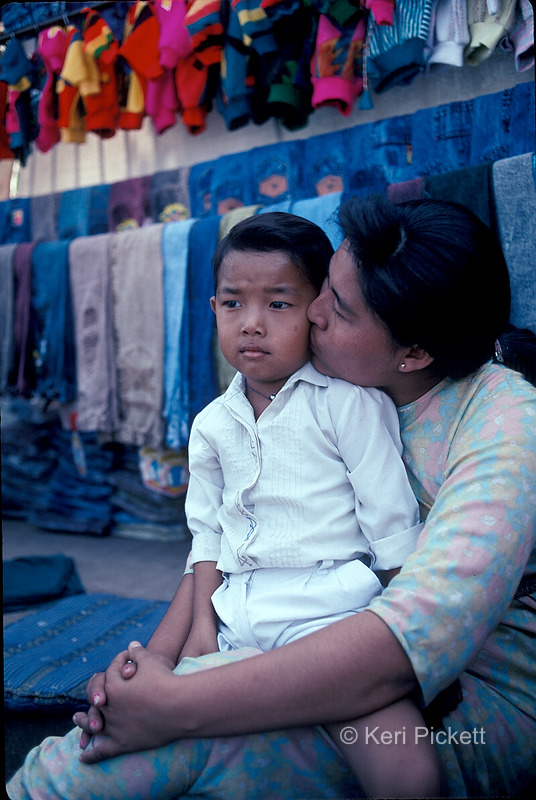 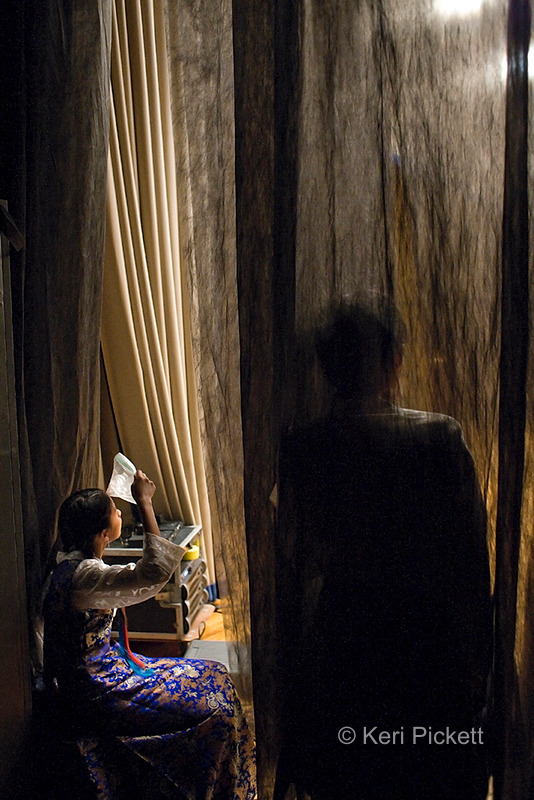 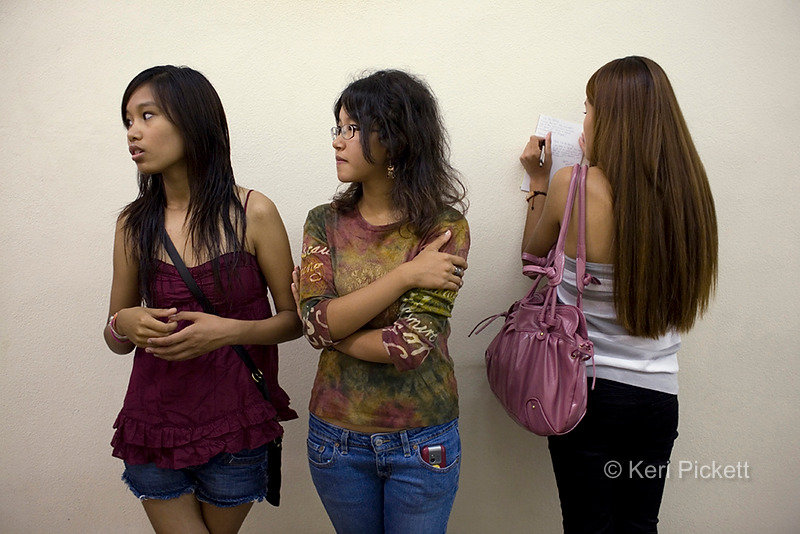 Tibetan Tree, the Tibetan Diaspora Taking Root in America’s Heartland, is a photographic exploration of immigration, community and cultural identity. What it means to be “Tibetan” is changing as the people who are free to be “Tibetan” all live outside the borders of Tibet. The year 1991 marks the start of my personal involvement with this project.

In 1989, the Tibetan U.S. Resettlement Project, a non-profit coalition of Tibetans-in-exile and American supporters, persuaded Congress to grant 1,000 visas for “qualified displaced Tibetans” as part of the Immigration Act of 1990. Under this one-time agreement, these Tibetans were granted permanent residency and given green cards authorizing their right to work in the U.S. Cluster sites were established around the U.S. to maintain social cohesiveness, with Minnesota chosen as one of the 21 sites. Beginning in 1992, 300 Tibetan were resettled in Minneapolis and St. Paul, Minnesota. Five years later the family reunification program began, and more Tibetan refugees were allowed into the U.S. Sixteen years later, with a community numbering 3,000, the Twin Cities has the second largest Tibetan resettlement community outside of New York State.

In 1992, I spent six weeks photographing a young mother and her five-year old son during her last days in a Tibetan refugee camp in India. She resettled in Minneapolis as one of 1,000 individuals under the agreement between the U.S. Government and the Tibetan Government in exile. Her son remained behind with relatives until he could join his mother under the family reunification program. My Tibetan Tree project, which started as one person’s story, has branched out to encompass a community-based genealogy and history. My earliest images document this historically unique immigration process, showing Tibetans arriving at the airport and the generous Minnesotans who opened their homes and accompanied them to job interviews.

I have witnessed Minnesota’s Tibetan community arrive, assimilate, marry, have children and grow into one of the largest and most successful resettlement communities in America. Throughout this time, I have remained close to the community, documenting public events, demonstrations and family gatherings. Over the life of my project, I have collaborated with The Office of Tibet in New York and was the official photographer for the Dalai Lama’s first visit to Minnesota in 2001. With long-established community ties with the Tibetan American Foundation of Minnesota and its Tibetan Community Cultural Center, many view me as the archivist of their history.

As the project progresses, I will concentrate specifically on young people, as they are the ones who will preserve and perpetuate their Tibetan heritage. My archive shows the first Tibetans to immigrate here in the early 90s and the new photography will look at the number of beautiful thriving branches. I continue to document Tibetan-American life for future generations to show how Tibetan culture grows, changes and is preserved inside American culture. The work captures the cultural identity and universal truths revealed within the everyday rituals of family, school, work and home life. It is important that their stories be told so they can continue to heal from the experiences of their personal and collective histories. Although this project deals with Tibetans and Tibetan-Americans living in the United States, it is also a universal story of immigration, hardship, exodus, resettlement and renewal that has been played out across many cultures over centuries.