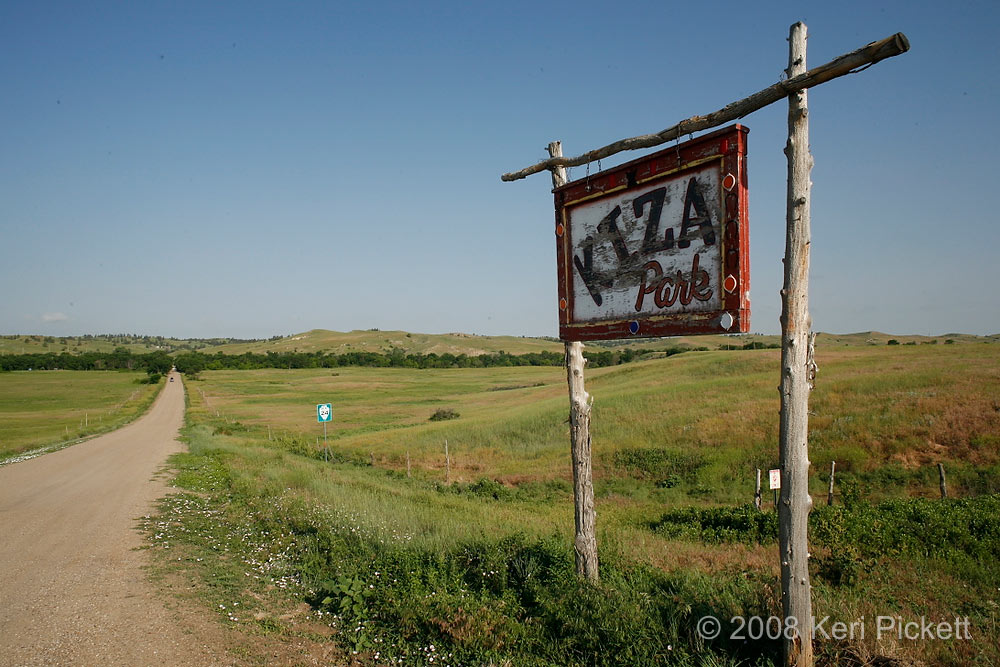 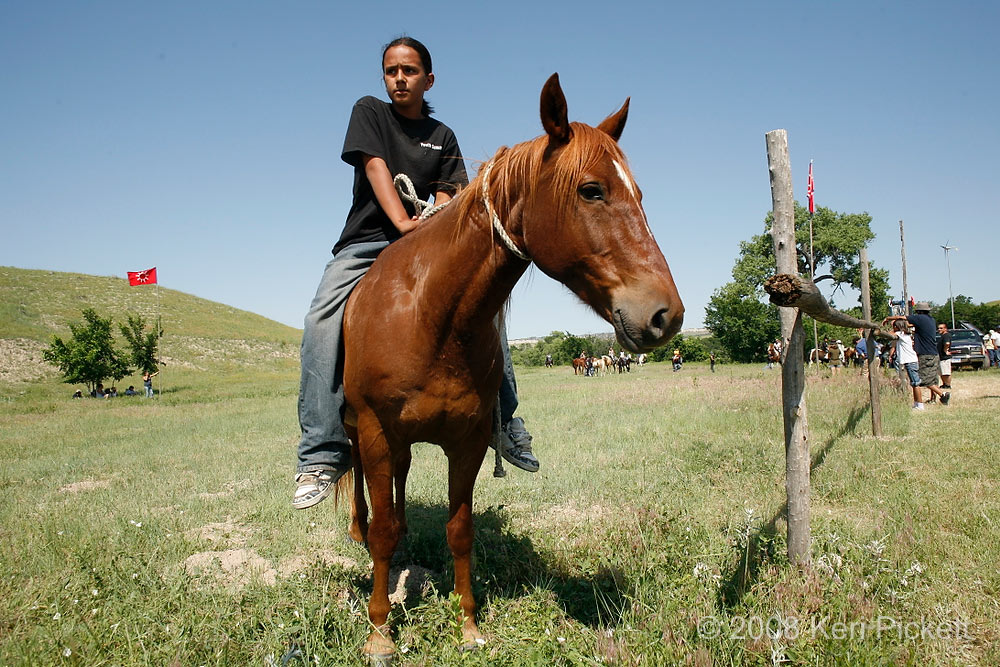 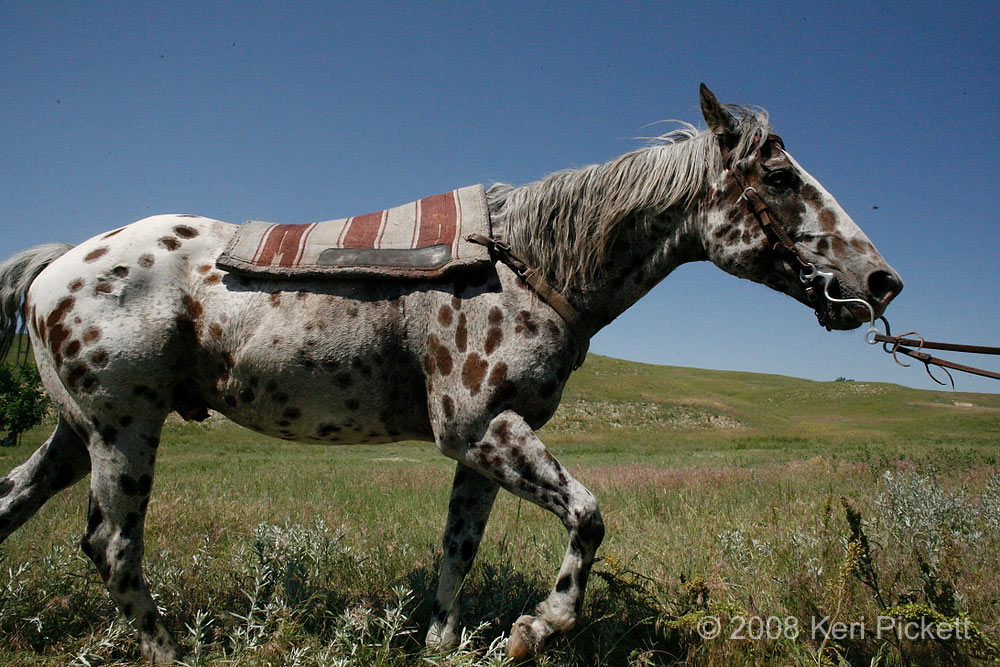 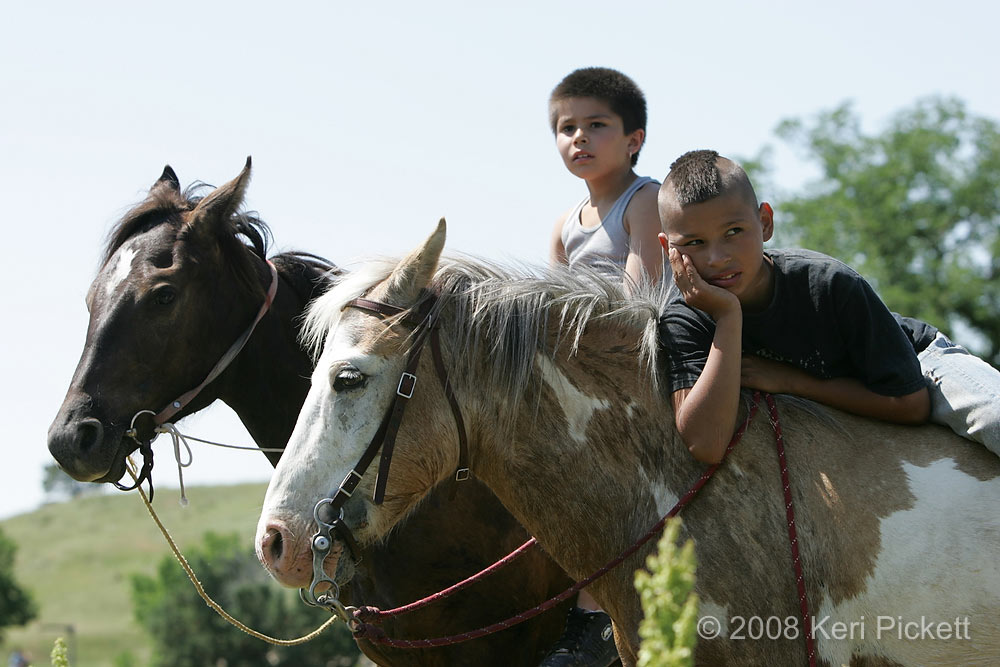 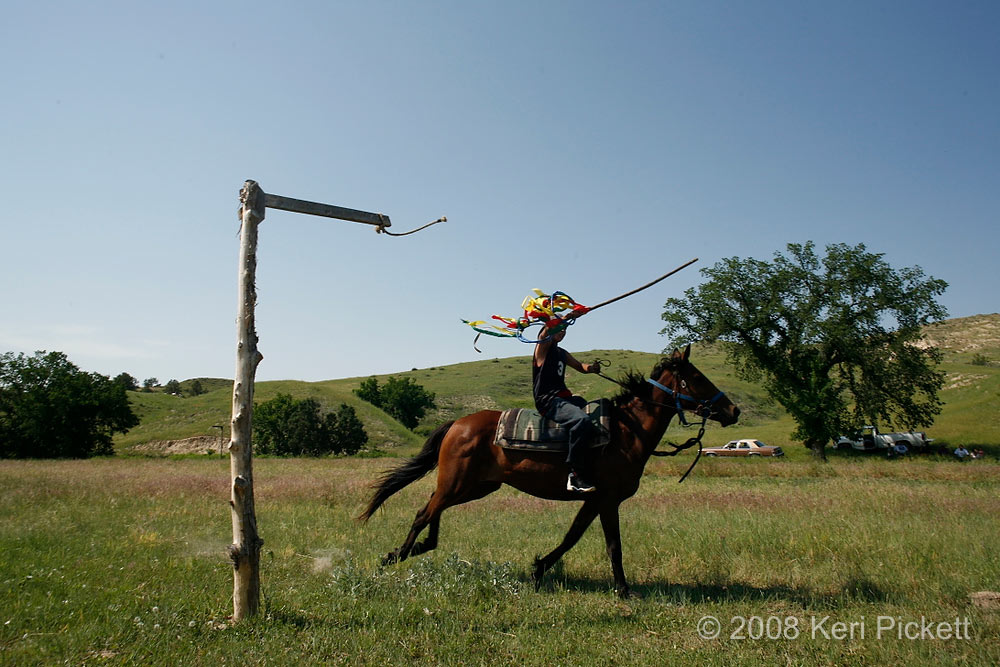 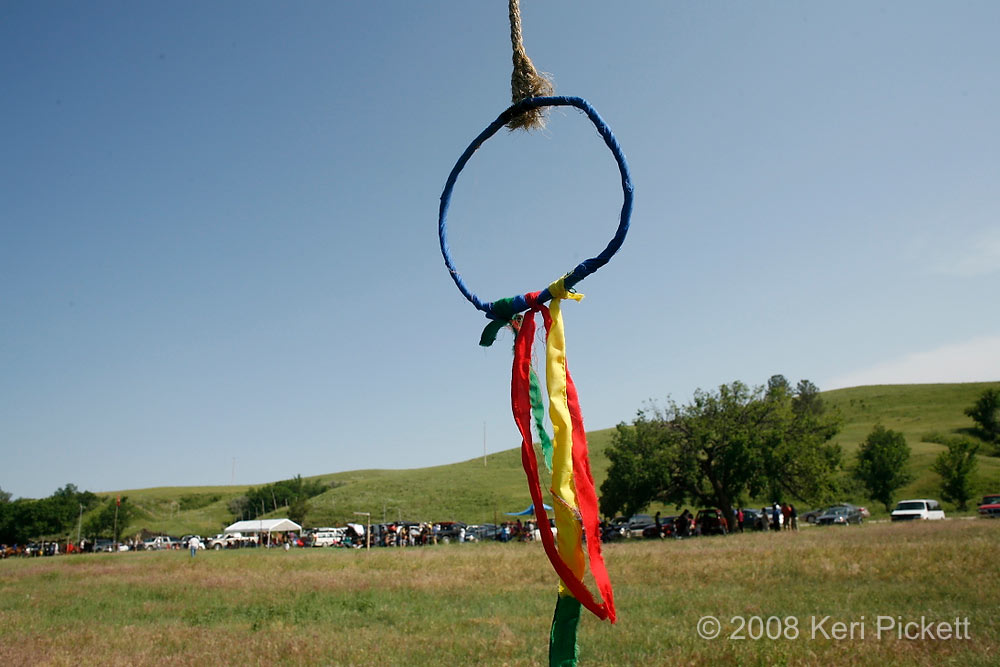 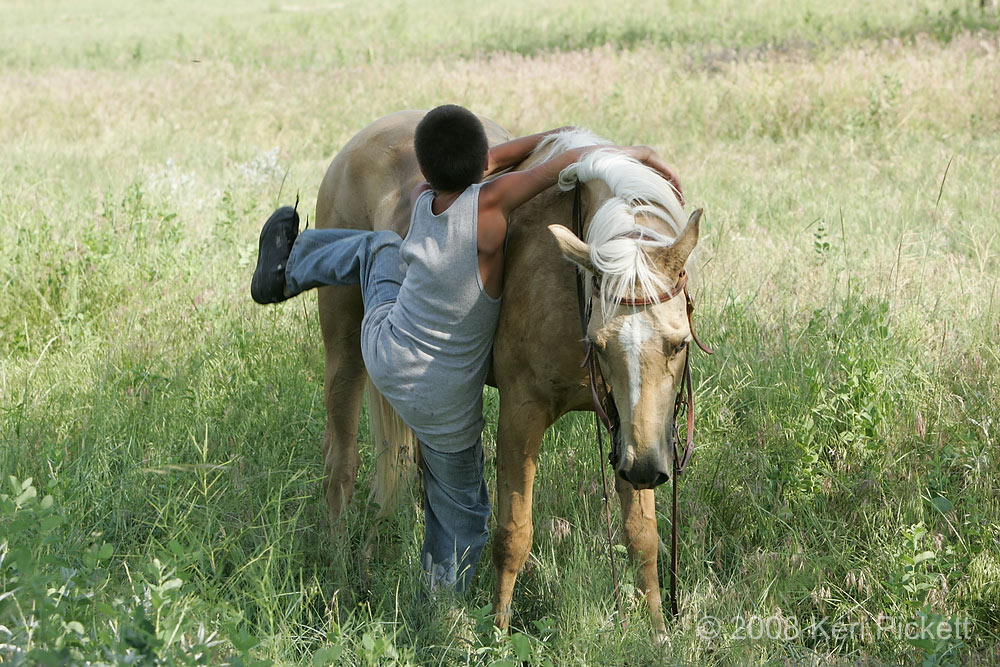 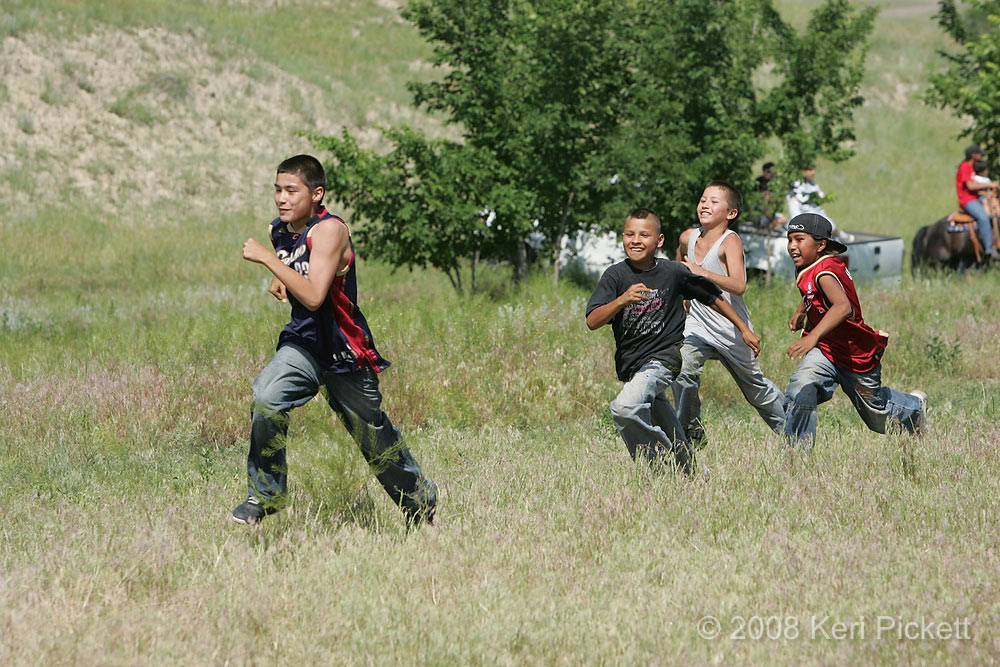 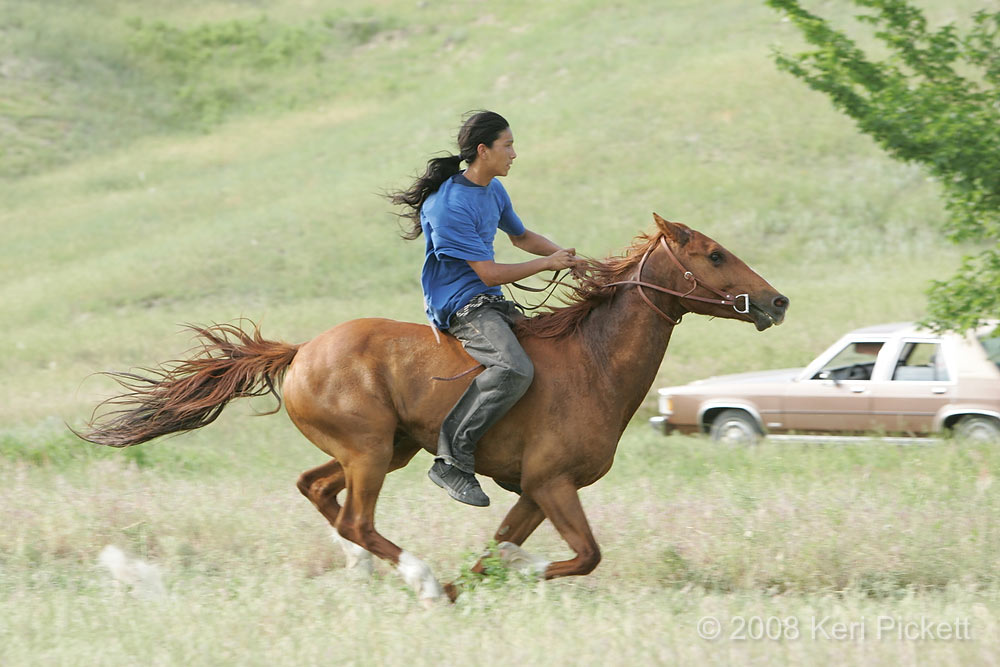 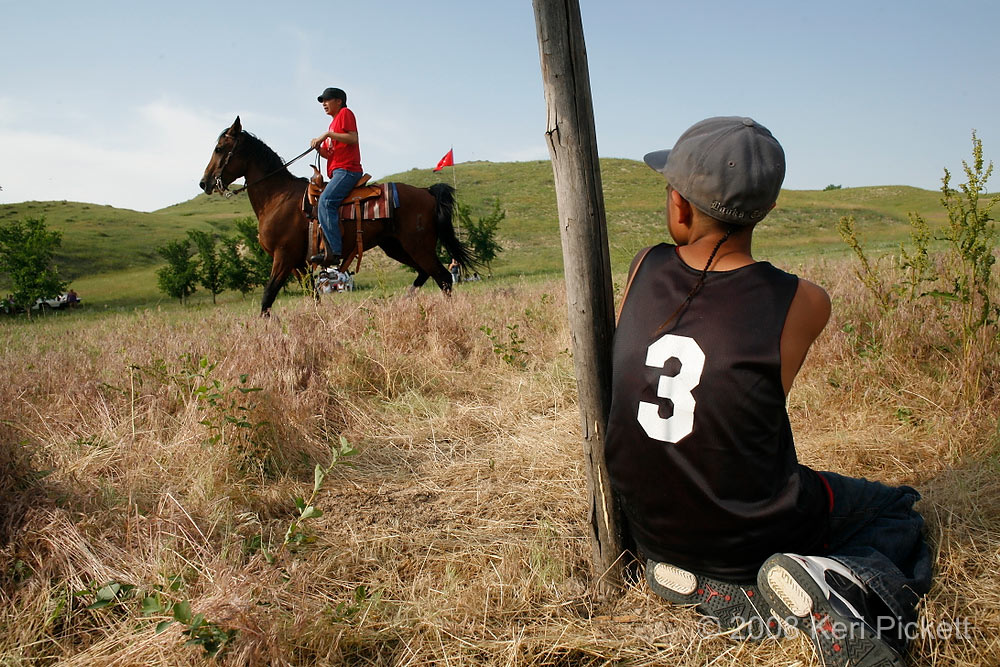 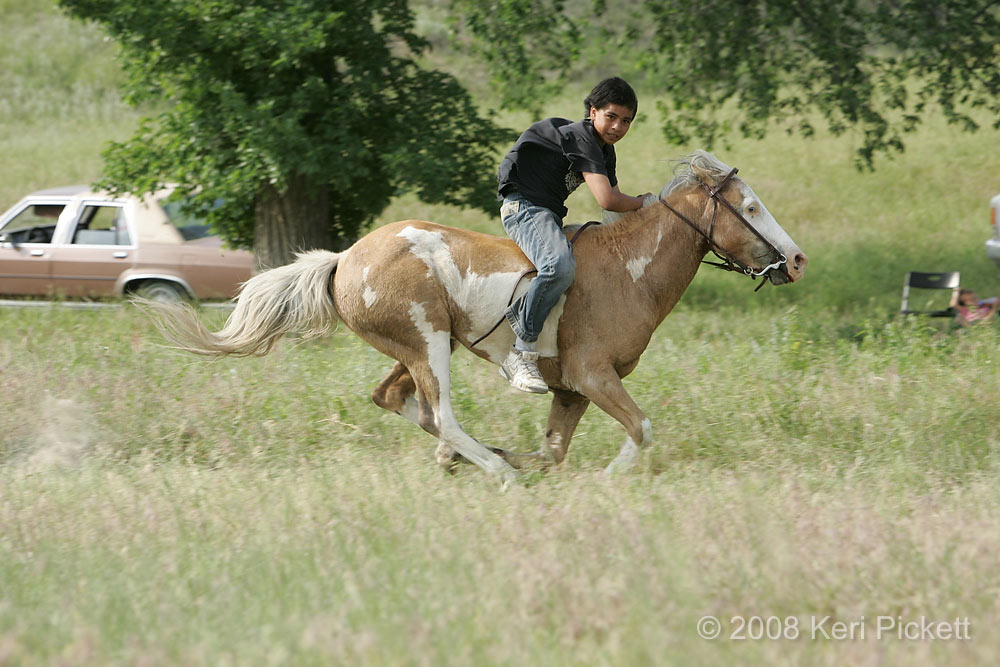 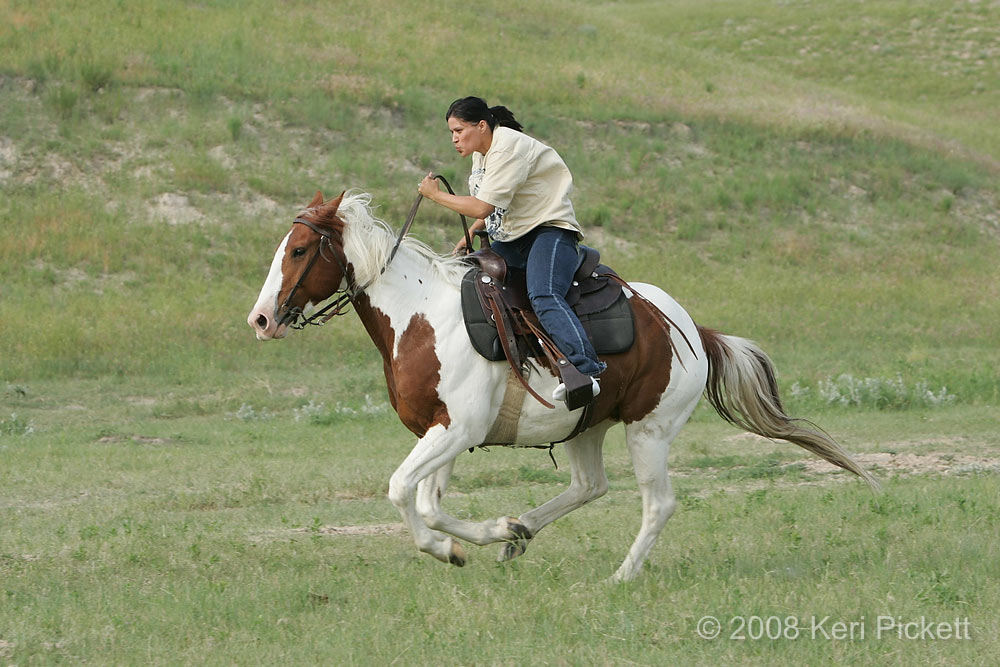 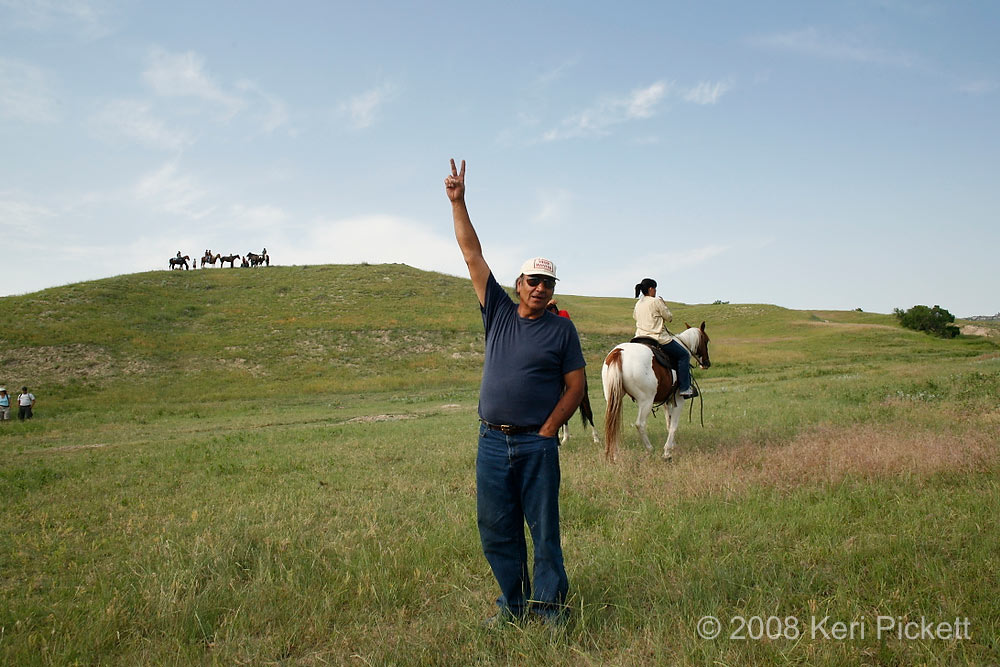 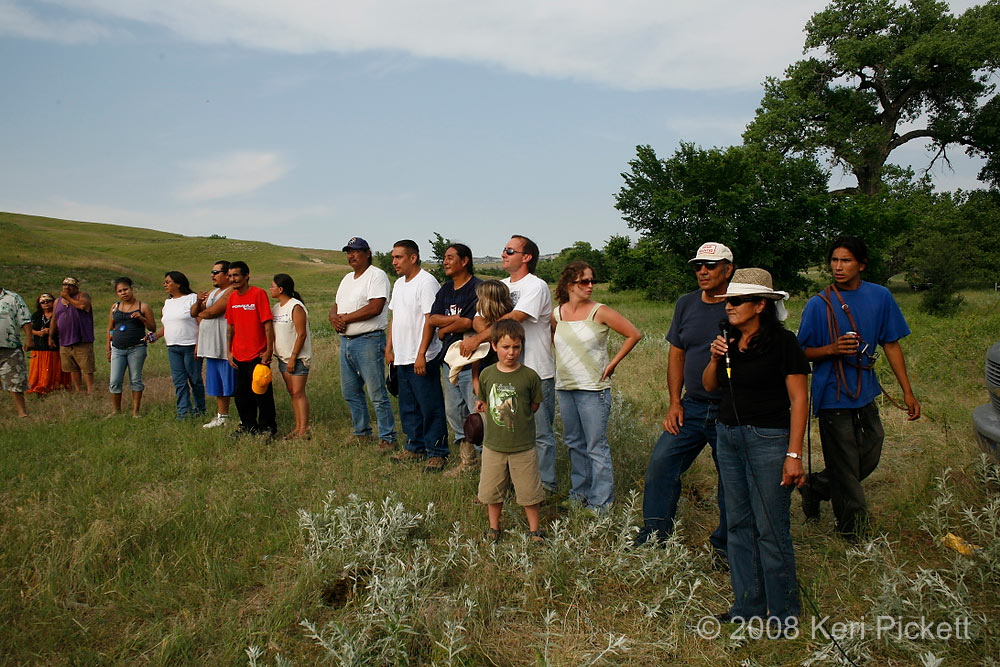 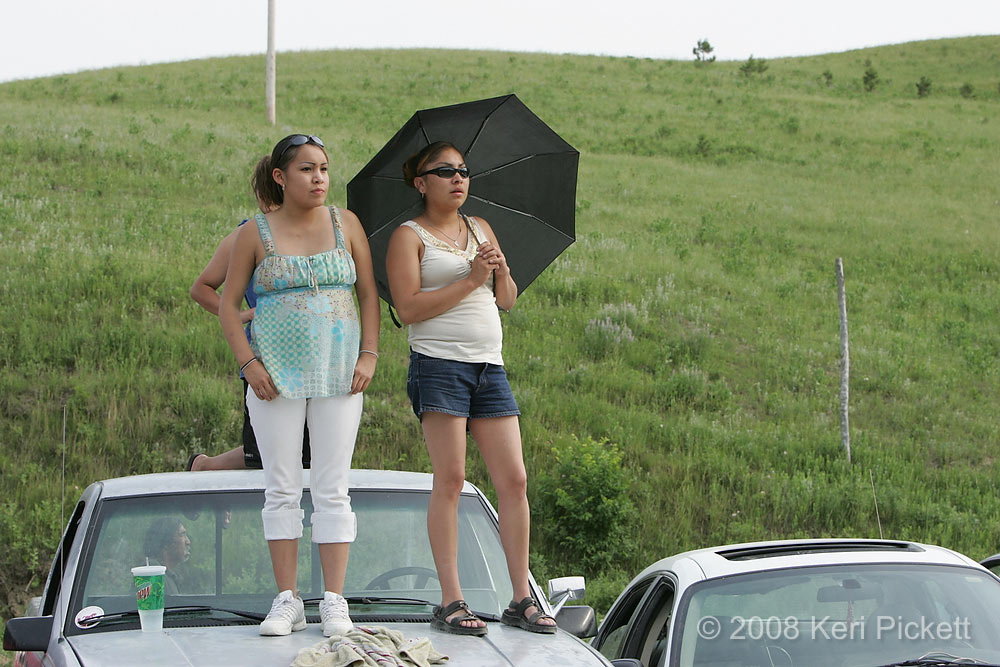 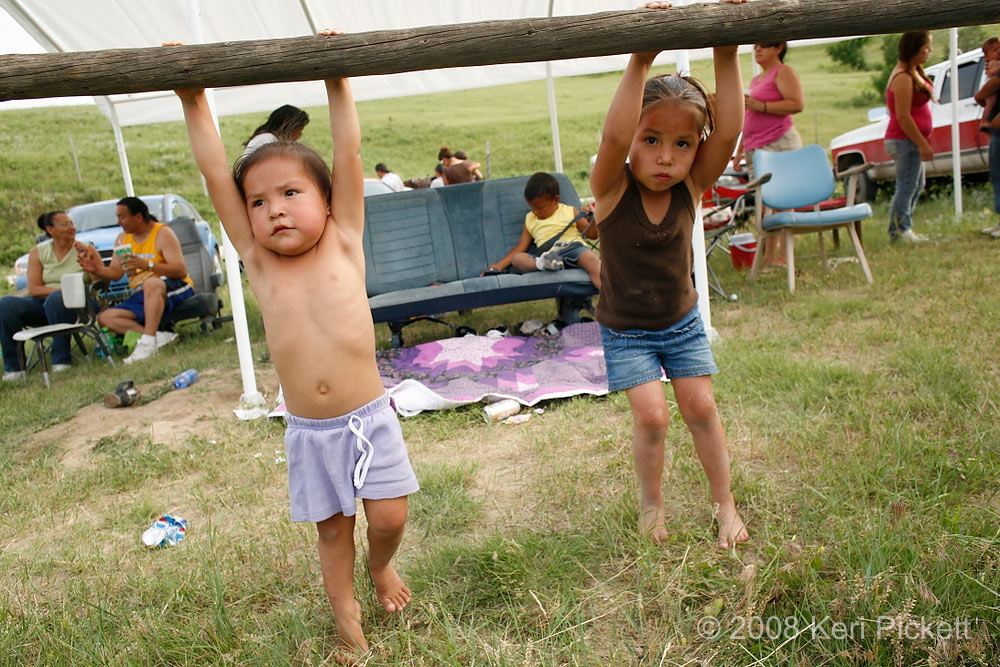 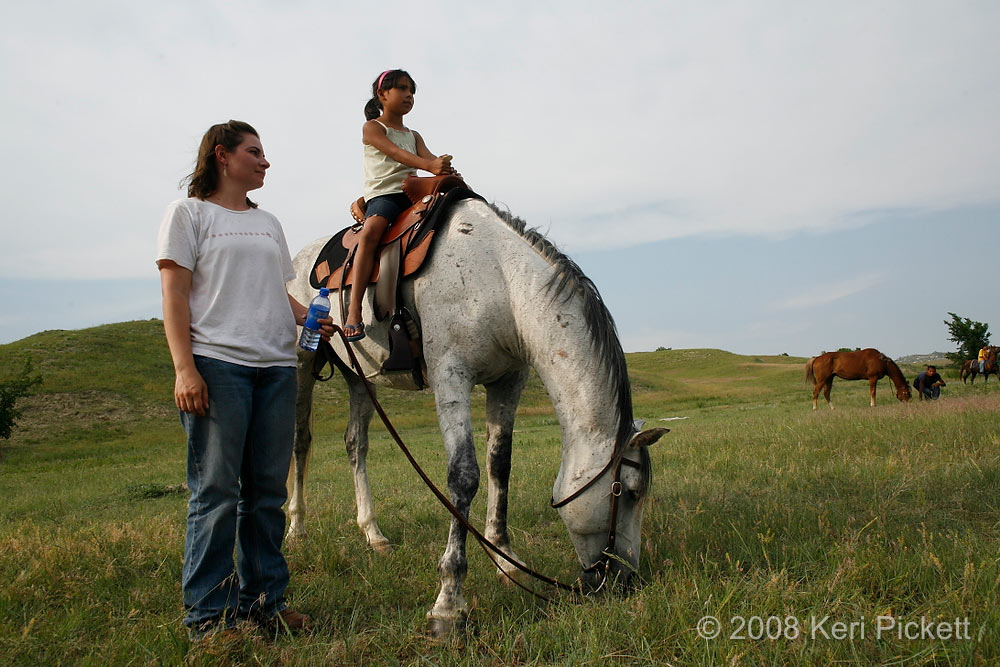 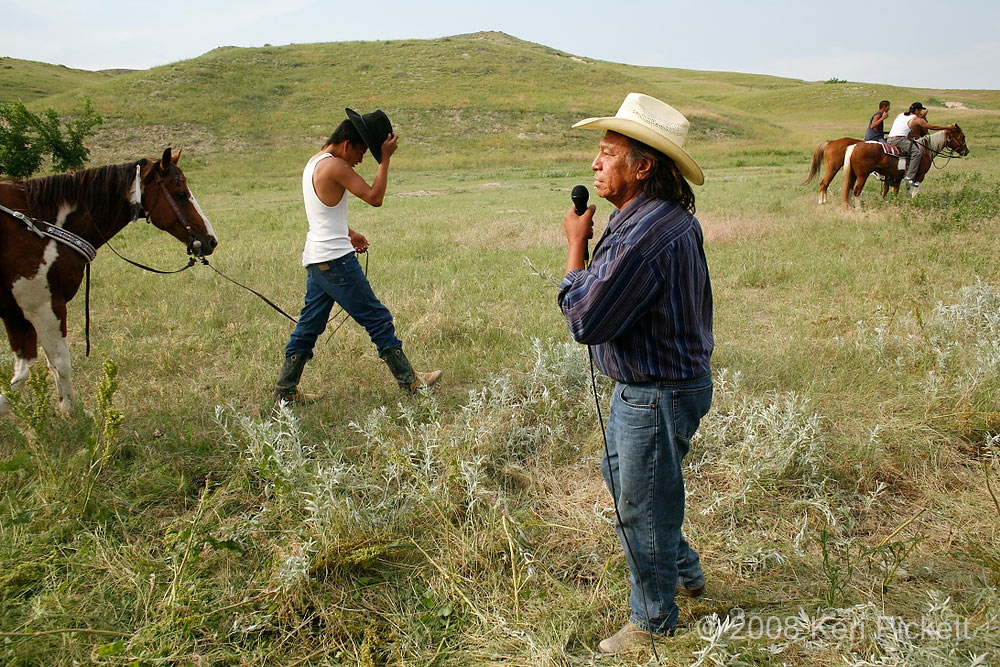 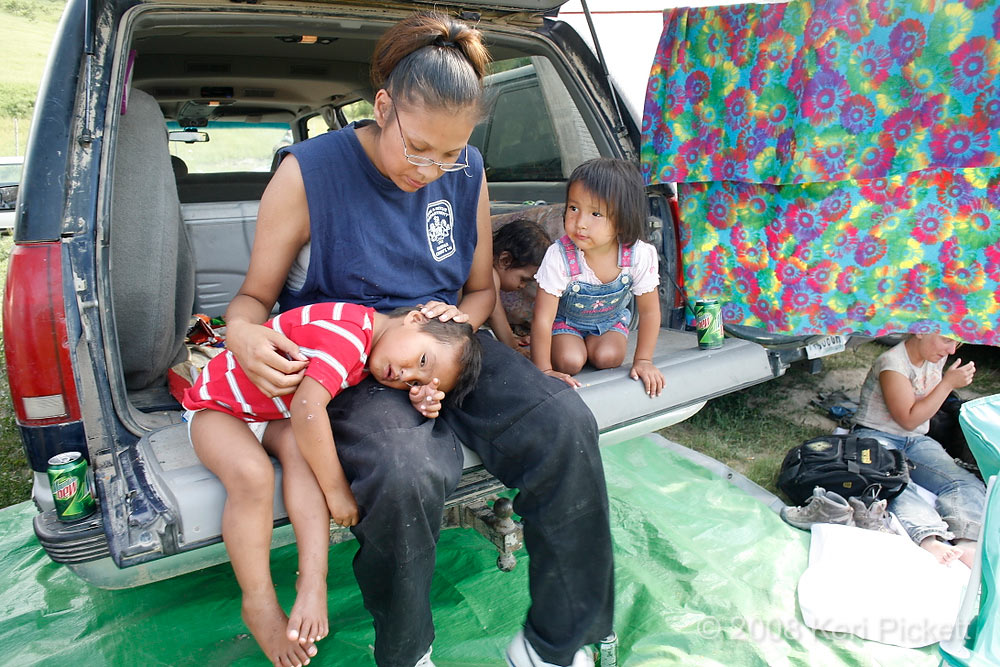 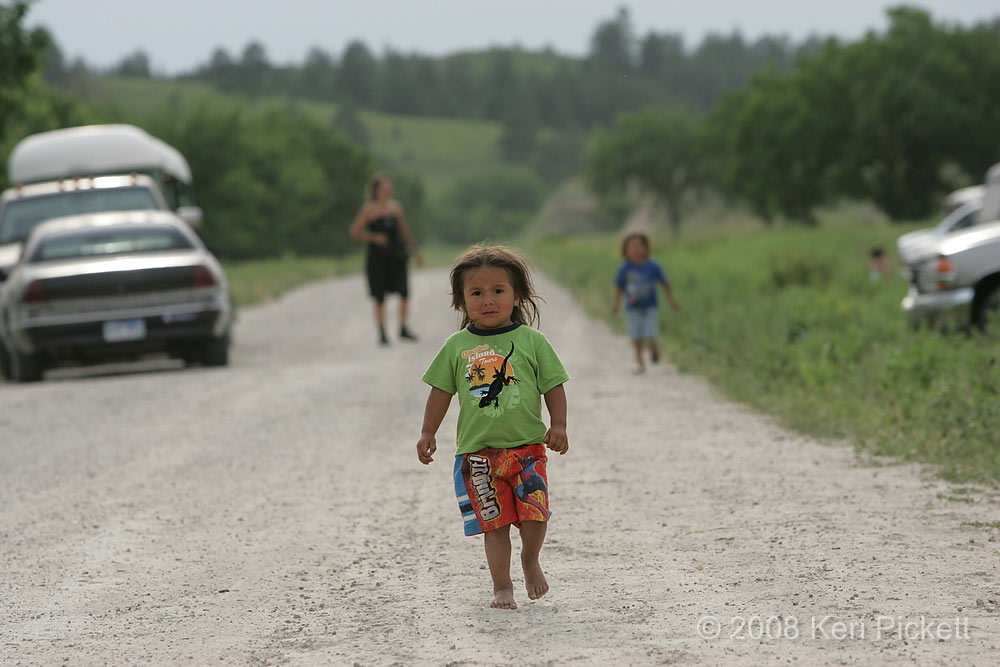 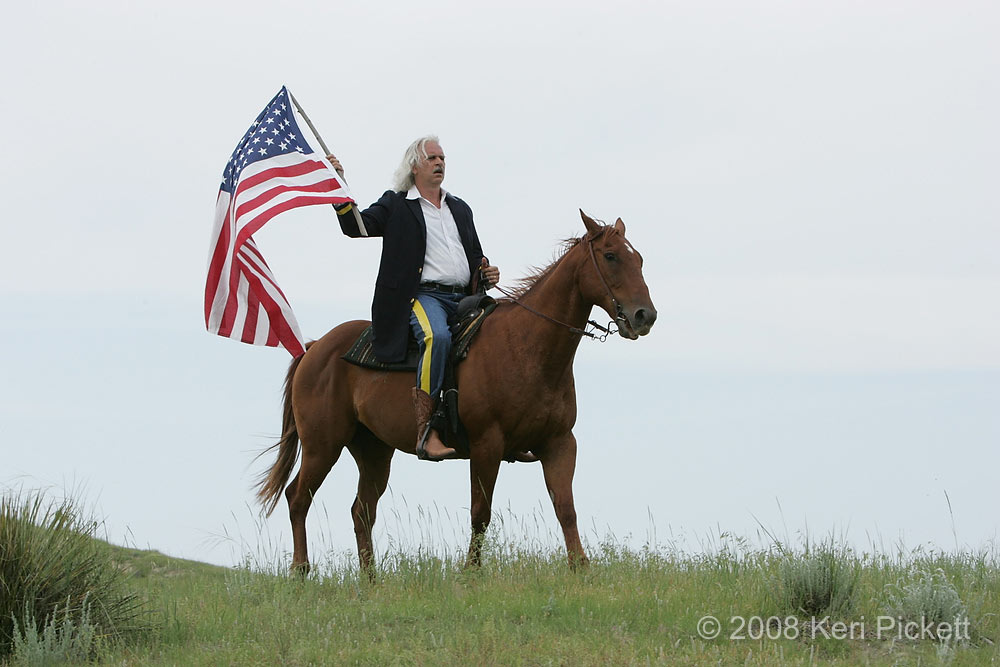 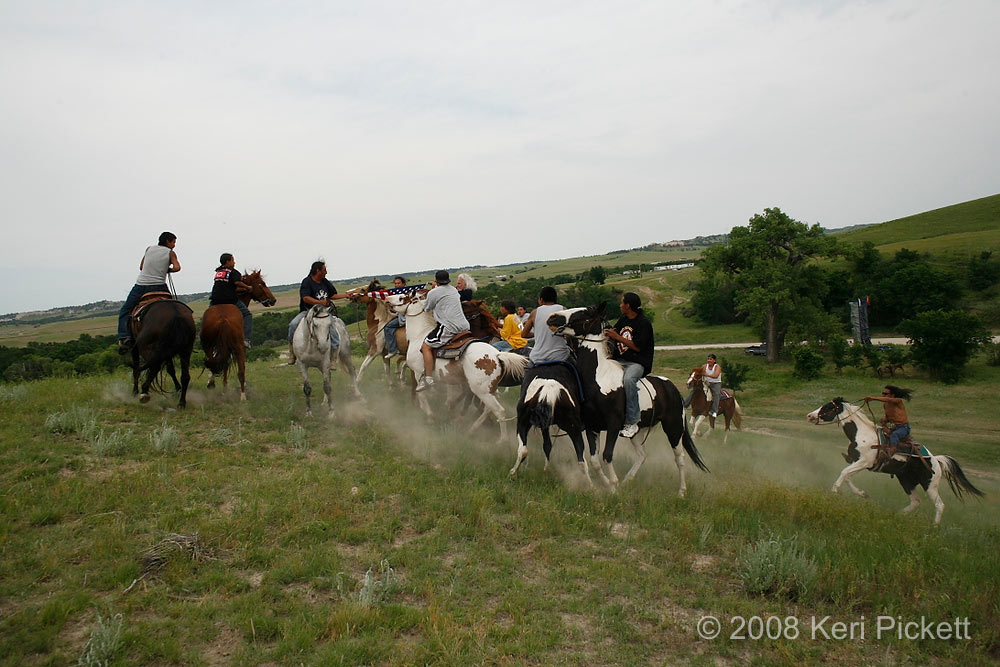 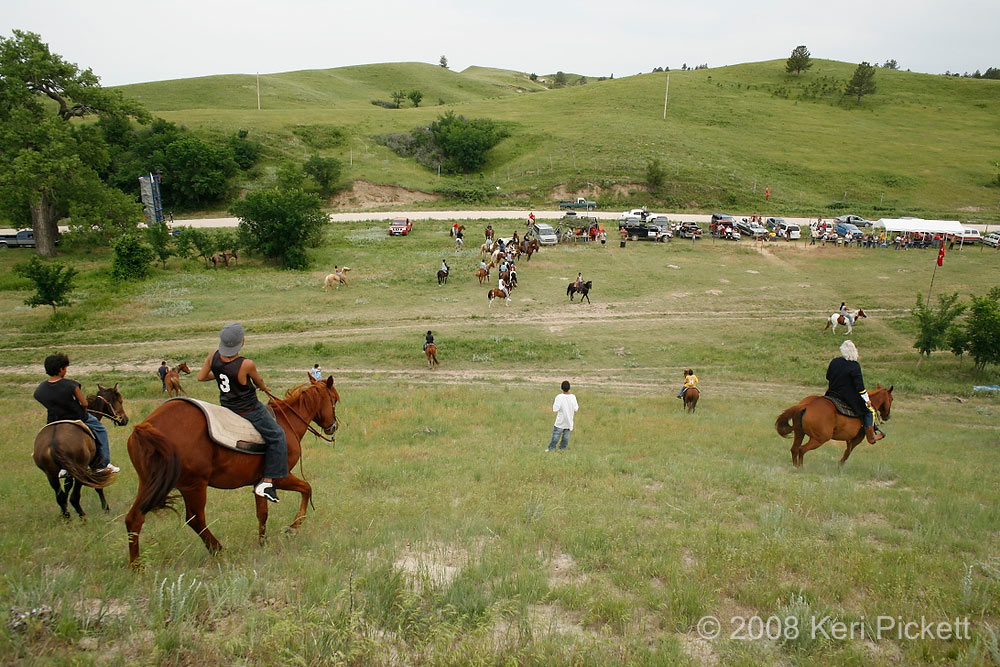 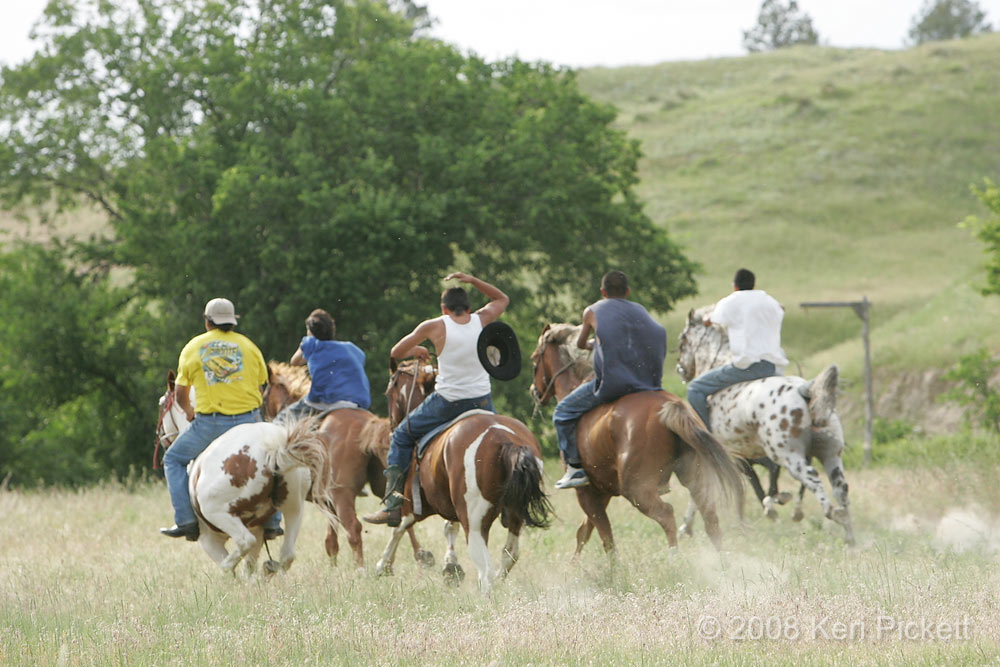 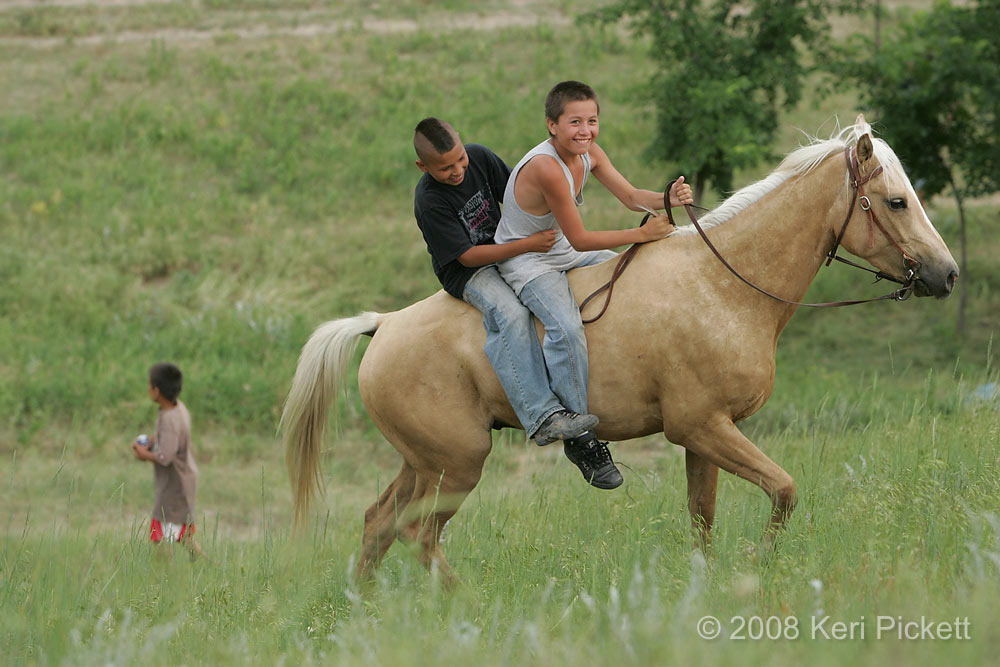 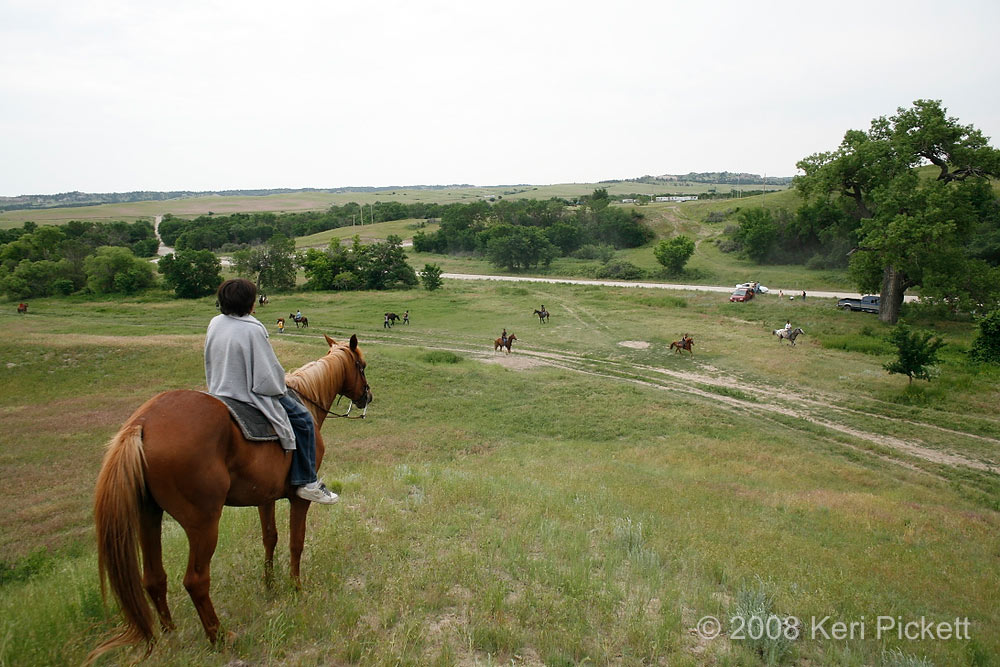 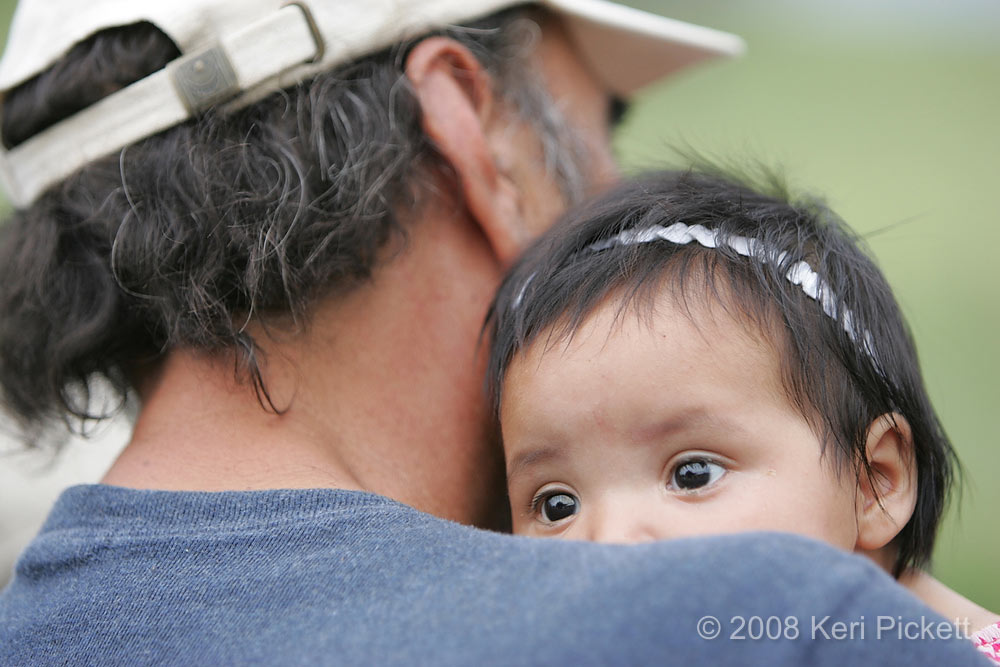 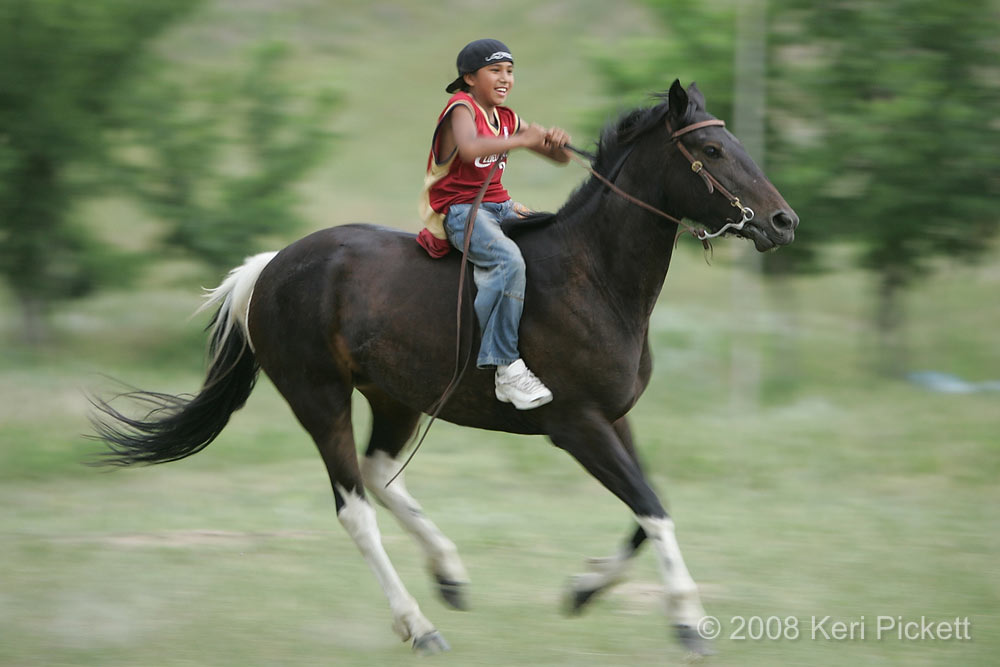 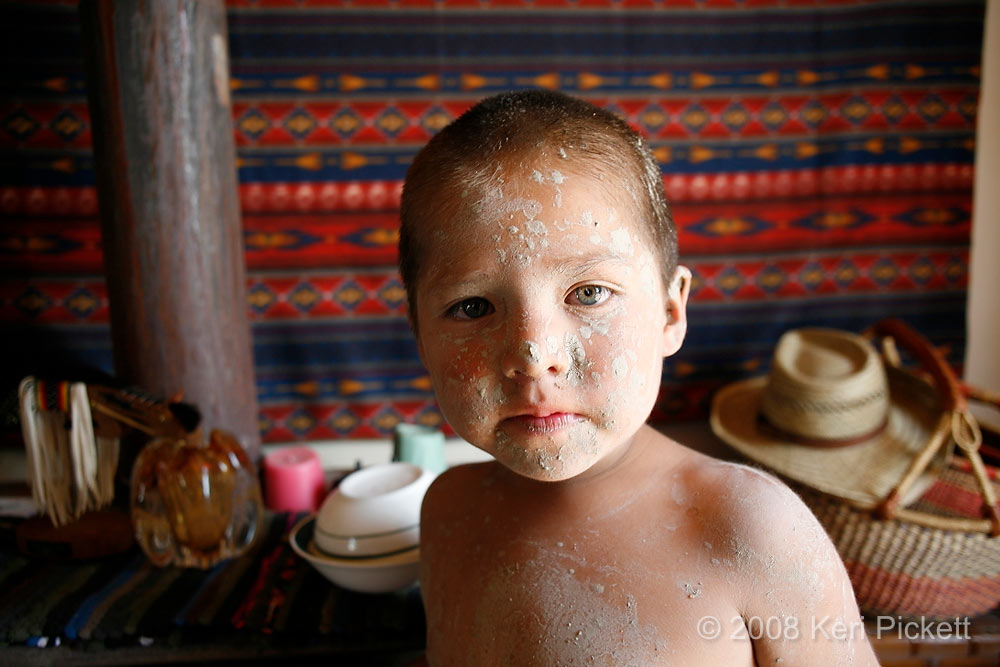 The annual Lakota Pony Races celebrate the 132th anniversary of the defeat of General Custer at the Little Big Horn by the ancestors of Alex and Debra White Plume. People arrive on horseback to win prizes in events such as capture the fallen warrior, hoop races, boot races, and the final event where Gen. Custer appears and the Lakota warriors once again capture the American flag. The White Plume family created Kiza Park as a place for the community to gather in Manderson South Dakota on the Pine Ridge Indian Reservation. Photographed on June 25, 2008.