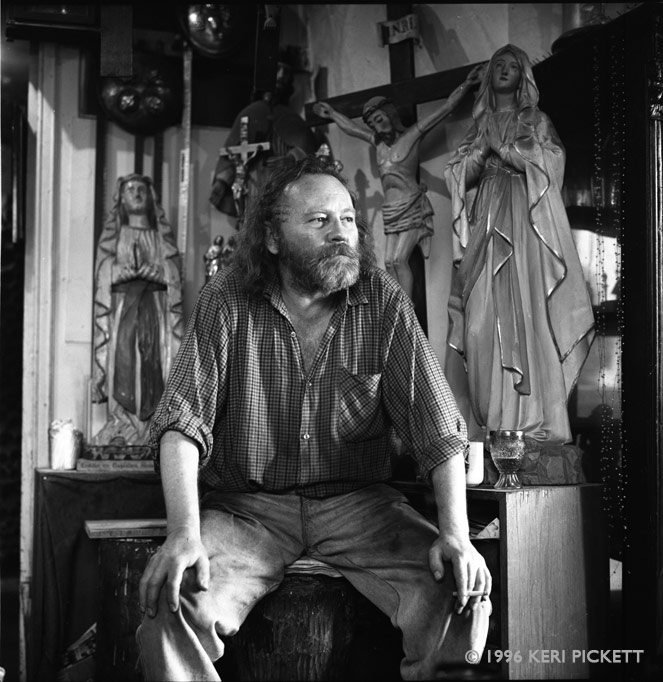 Josef Sudek is one of the photographers whose work inspires me to see the world around me as a picture. His nickname – the Poet of Prague is aptly named as his pictures explore the city with a prolific amount of panoramic views and intimate details of his everyday objects and backyard views. He was a master photographer and at the end of his life Joseph Sudek had a shop up on the hill leading up to the castle. His photo studio shared a back door entryway and hallway with Aleš Cvrček.

Photography has defined my life. For over thirty years I have earned a living by making photographs. Along the way my camera has brought me great knowledge, experiences and friends. In 1990 my life-partner, Michal Daniel, a fellow photographer and two other Minnesota friends Janet Bayliss and Margaret Stenger I wandered into a repair shop in Prague and met this man who soon brought out the champagne and with Michal as our translator we all became fast friends.

Over the years we always visited Aleš while visiting Michal’s family in Prague. His repair shop shared a back hallway with Josef and they were friends. It was great to find out this information long after our own friendship was established. So I have the honor of being friends with one of Sudek’s friends!

When Sudek died, Aleš Cvrček said that he had the key to Sudek’s studio and could have gone in there and taken any number of the hundreds of prints in the studio. Instead he said the curator and collector Anna Fárová came in and took all the photographs out of Sudek’s studio.

One year Aleš told us that a German man had purchased the building and he was going to have to close his religious repair shop and wood working studio due to this sale. So we lost our friend and yet his memory lives on. I purchased a number of pieces from him over the years and then I have my own photographs.

Thank you photography – thank you for all the friends.

1 year ago
by Claire Chamberlin