“My attitude to peace is rather based on the Burmese definition of peace – it really means removing all the negative factors that destroy peace in this world. So peace does not mean just putting an end to violence or to war, but to all other factors that threaten peace, such as discrimination, such as inequality, poverty.” 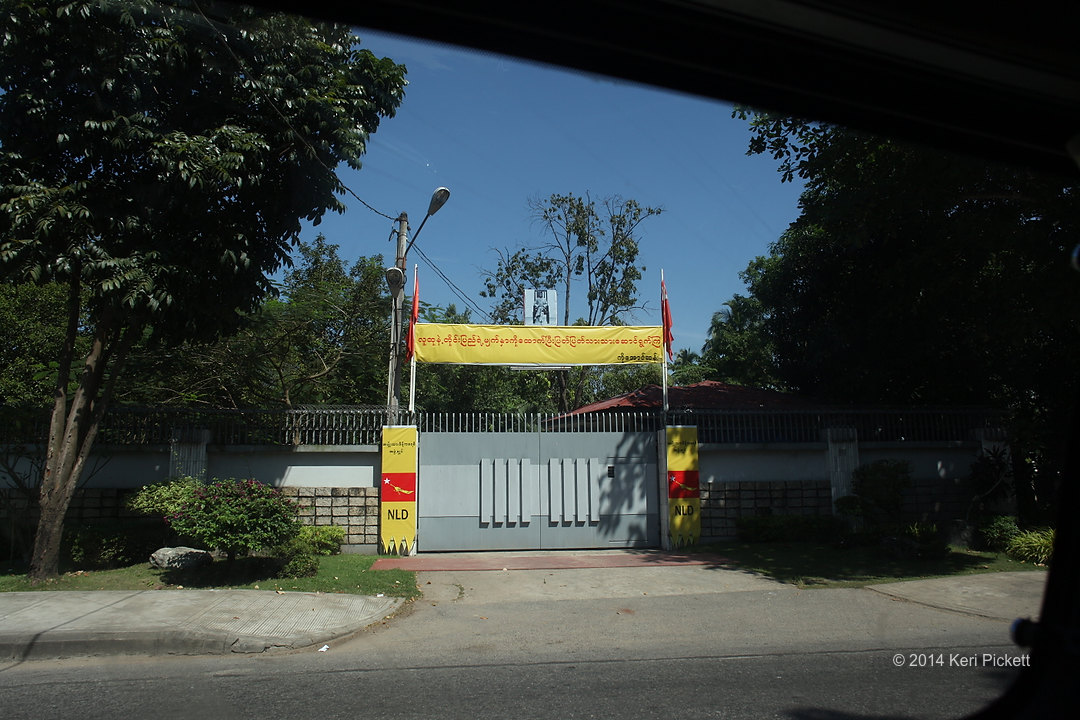 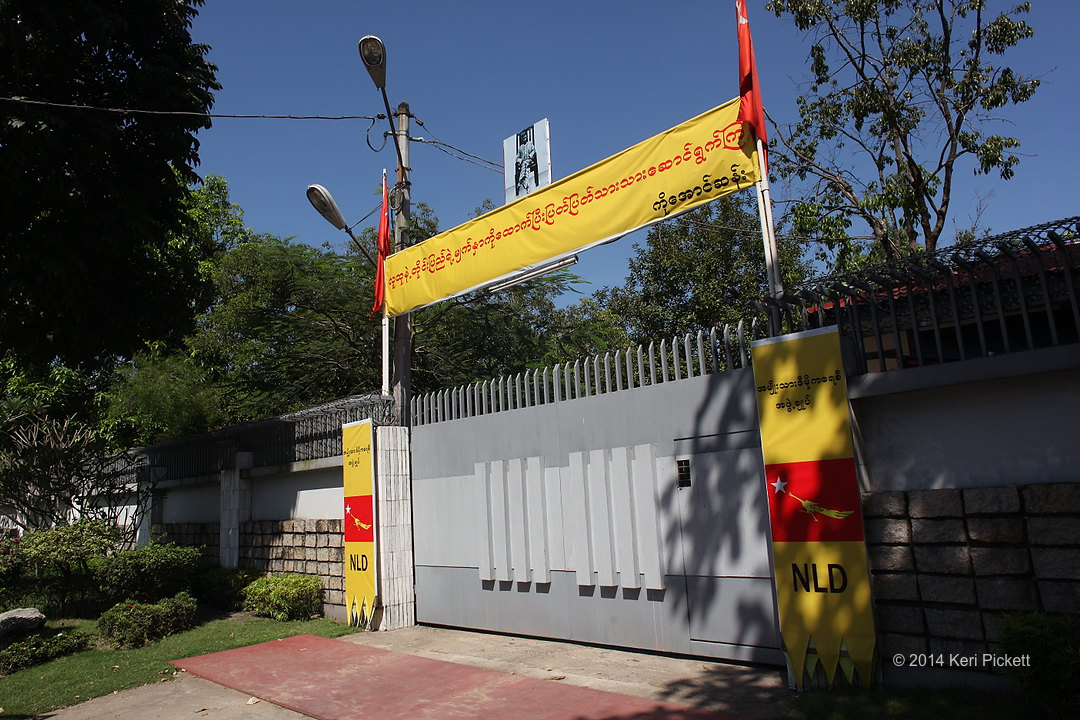 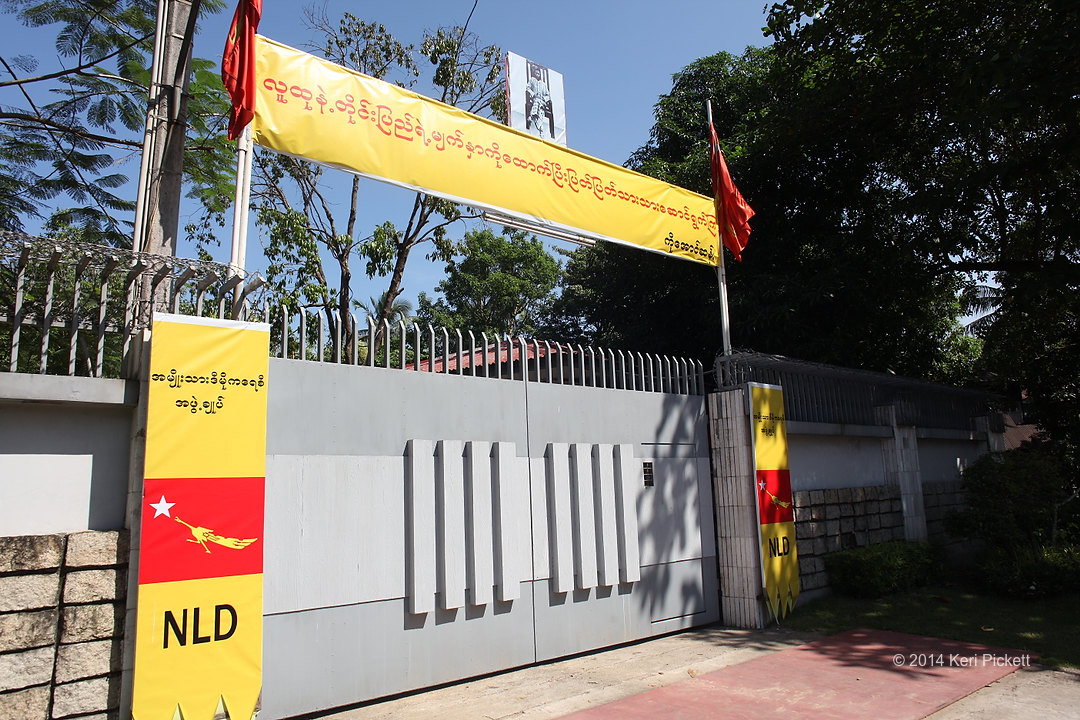 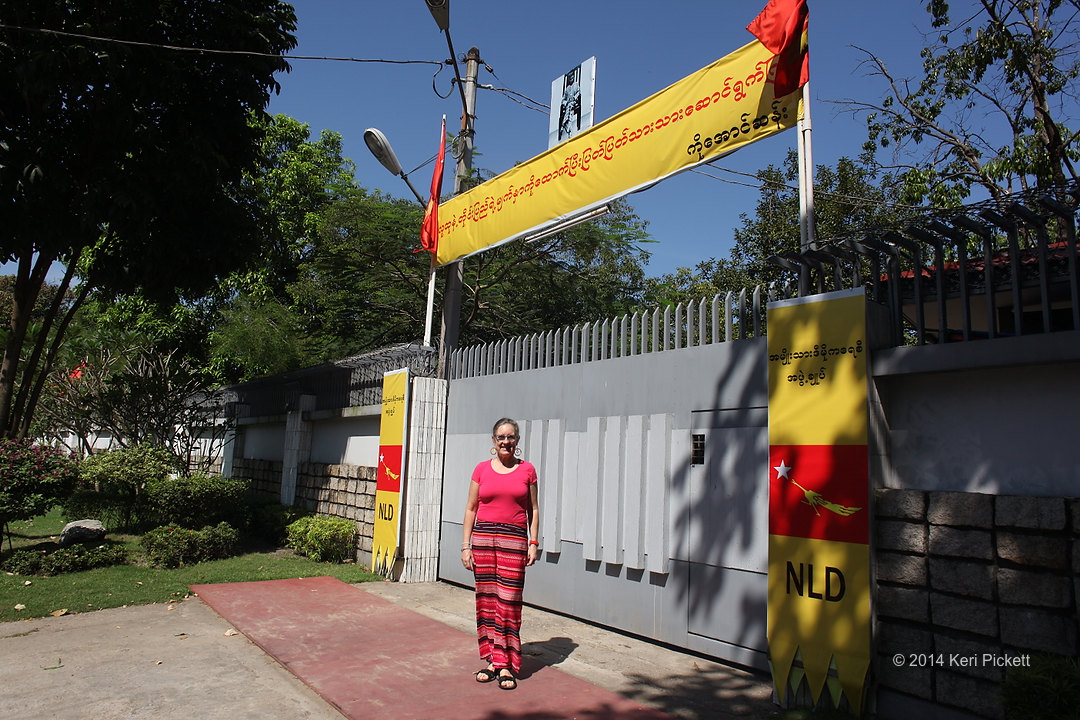 All anyone can see of the Pro- Democracy leader Aung San Suu Kyi’s house is the gate entrance. On my last trip to Burma in 2004 the road in front of the lady’s home was closed due to security. Her gate was the site of pilgrimage during my first trip in 1995. Hundreds of people gathered in front of her gate to see the newly released Suu Kyi. Now the gate has been redone and I believe it has been moved much closer to the road as now there is barely enough room for a car to turn into the driveway leaving no space for people to gather. Was the gate placed further in the property in the past or has the road changed? I later found out that the road has been widened so it was the road that moved and not the gate. 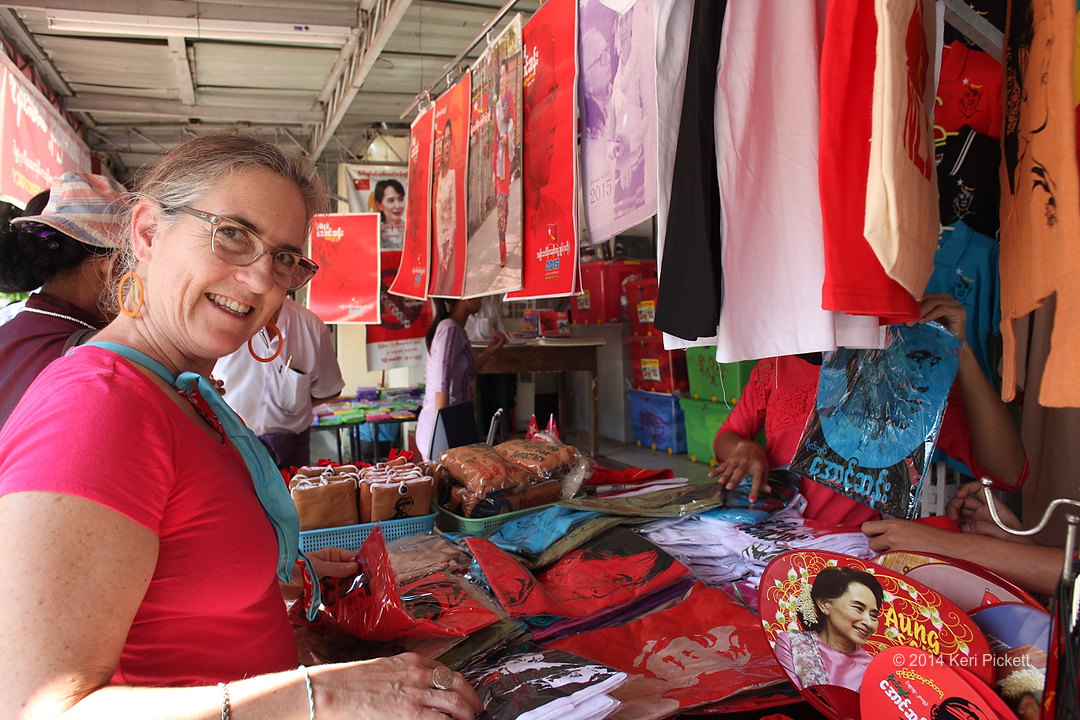 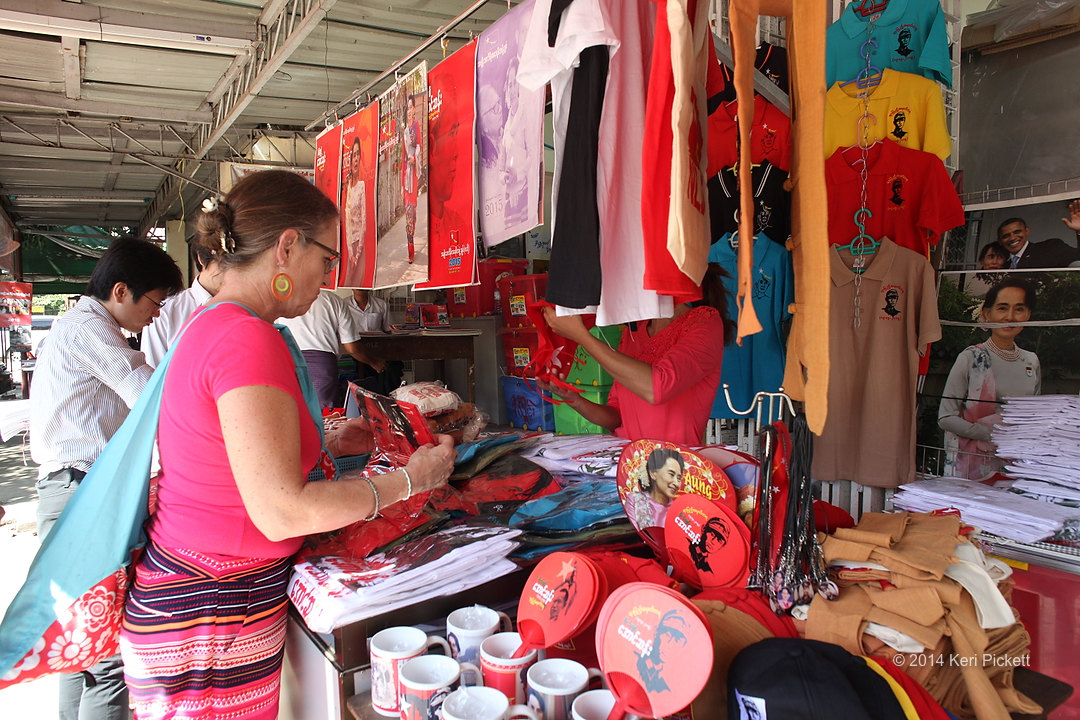 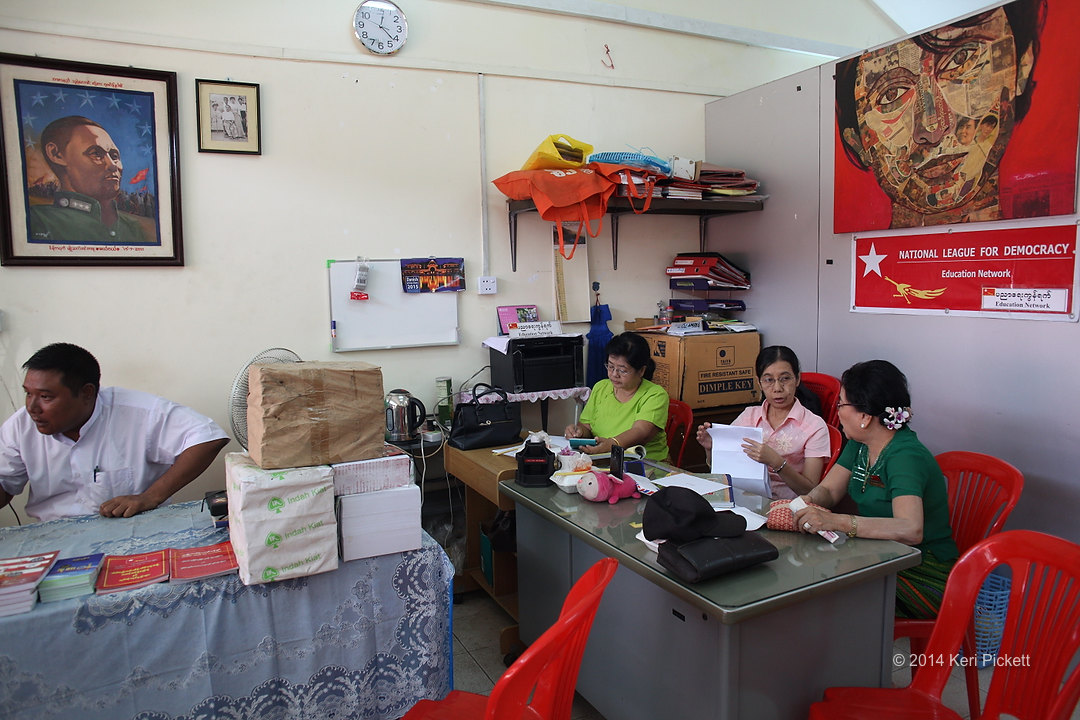 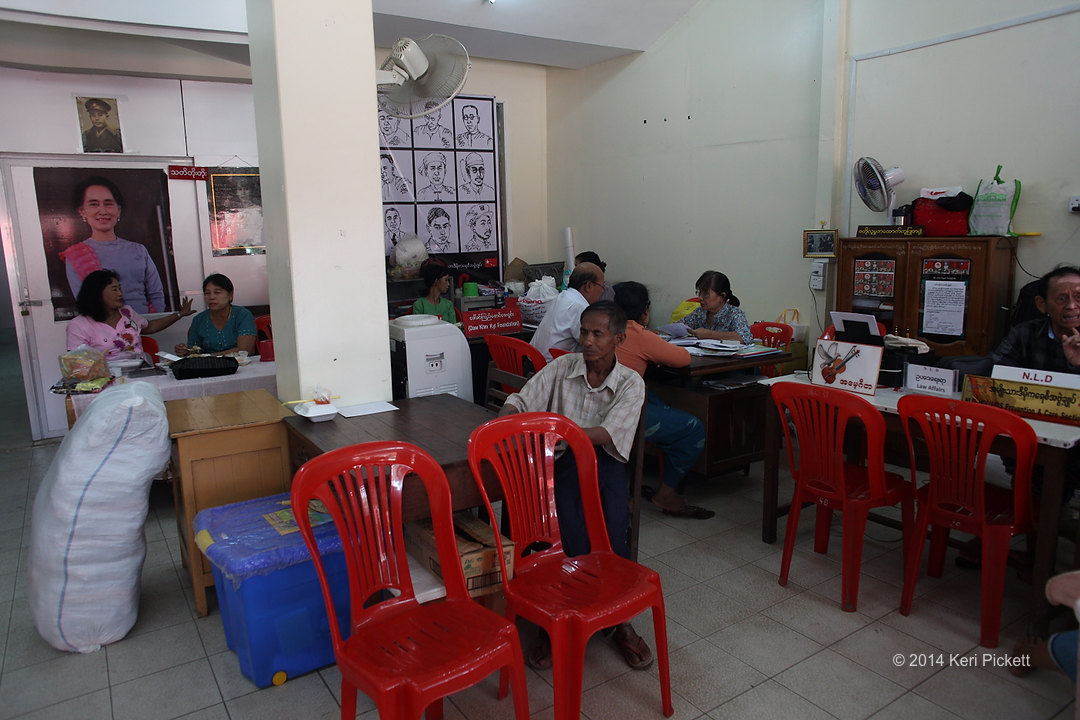 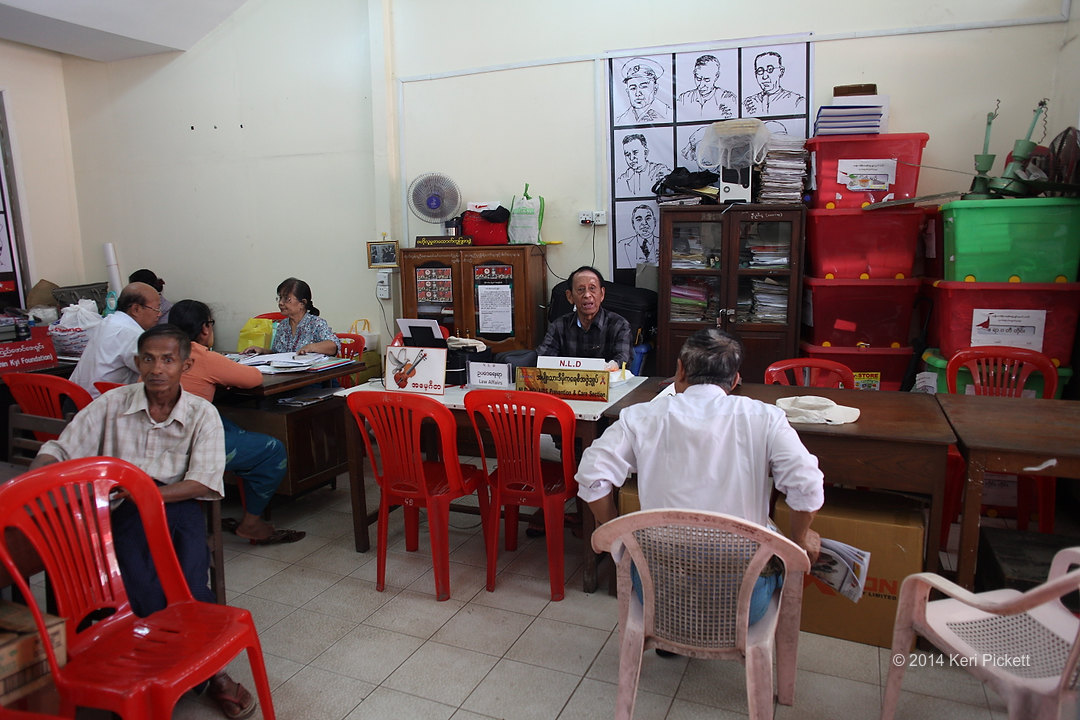 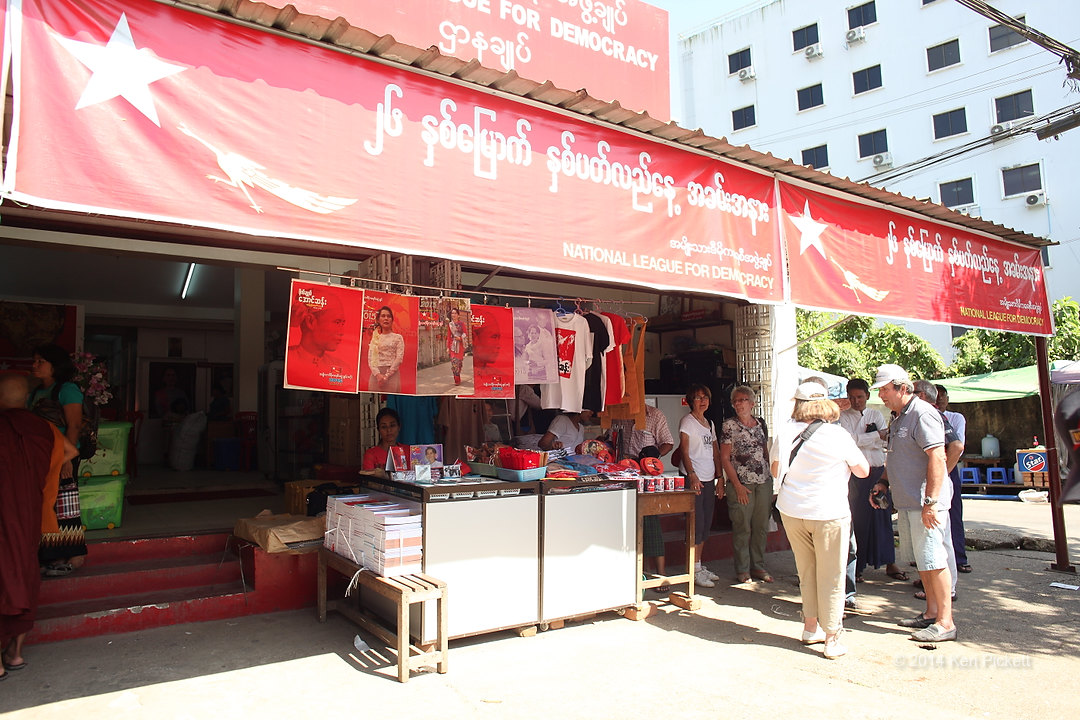 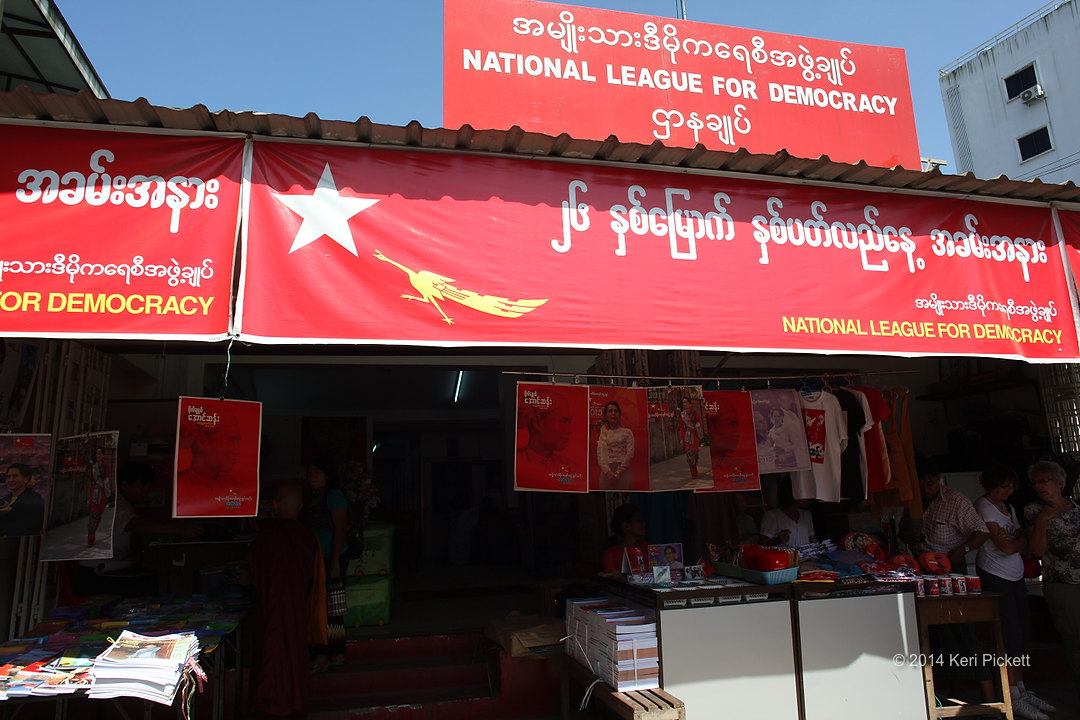 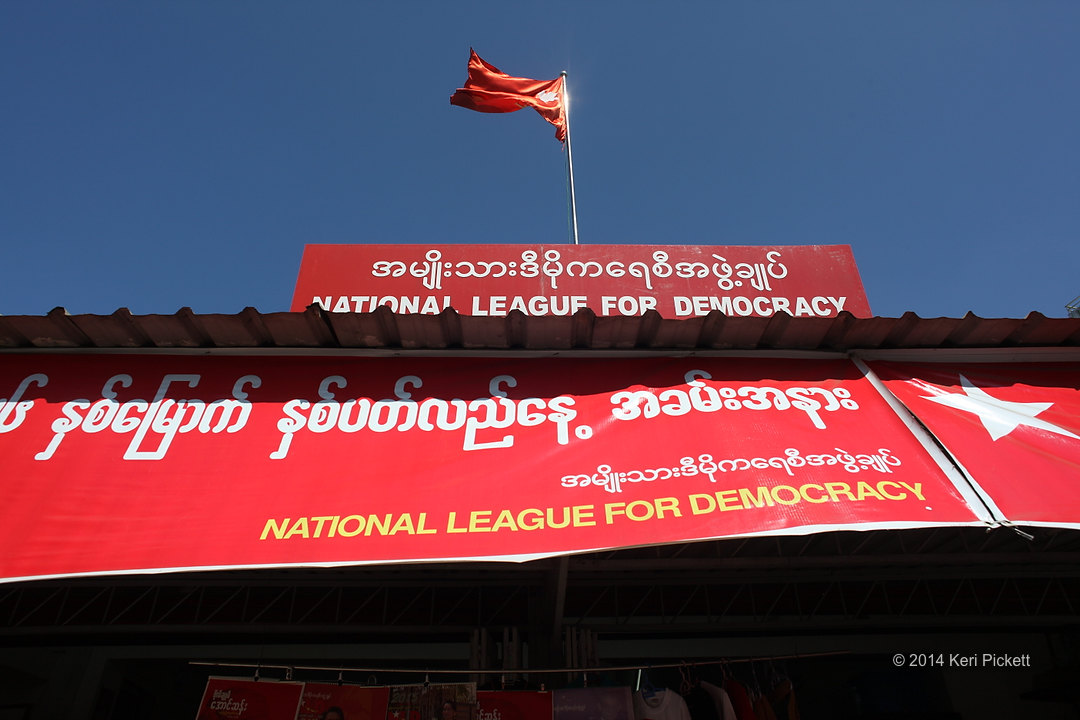 We visited the National League for Democracy Yangon office and it seems like it is in the same place it was 19 years ago. The pro-democracy headquarters was awash with workers all busy behind their desks and tourists buying t-shirts featuring the image of the liberator of Burma General Aung Sang and or his youngest child and only daughter Aung San Suu Kyi. I took a cue from the other tourists deciding that buying NLD stuff was a great idea and bought a number of t-shirts myself as well as some NLD flags and a key chain featuring “The Lady”. Due to her recent visit by President Obama, were were posters of the two arm in arm. Unthinkable on so many levels just ten years ago.

“I think, if you have enough inner resources, then you can live in isolation for long periods of time and not feel diminished by it.”

I fell in love with this country 19 years ago because of Daw Aung San Suu Kyi and it is exciting to see her out from behind the gate of her home arrest and in a position of power and influence. The people of the country seem to love her and I wish a long and healthy life to her and to democracy.

“If you want to bring an end to long-standing conflict, you have to be prepared to compromise.” 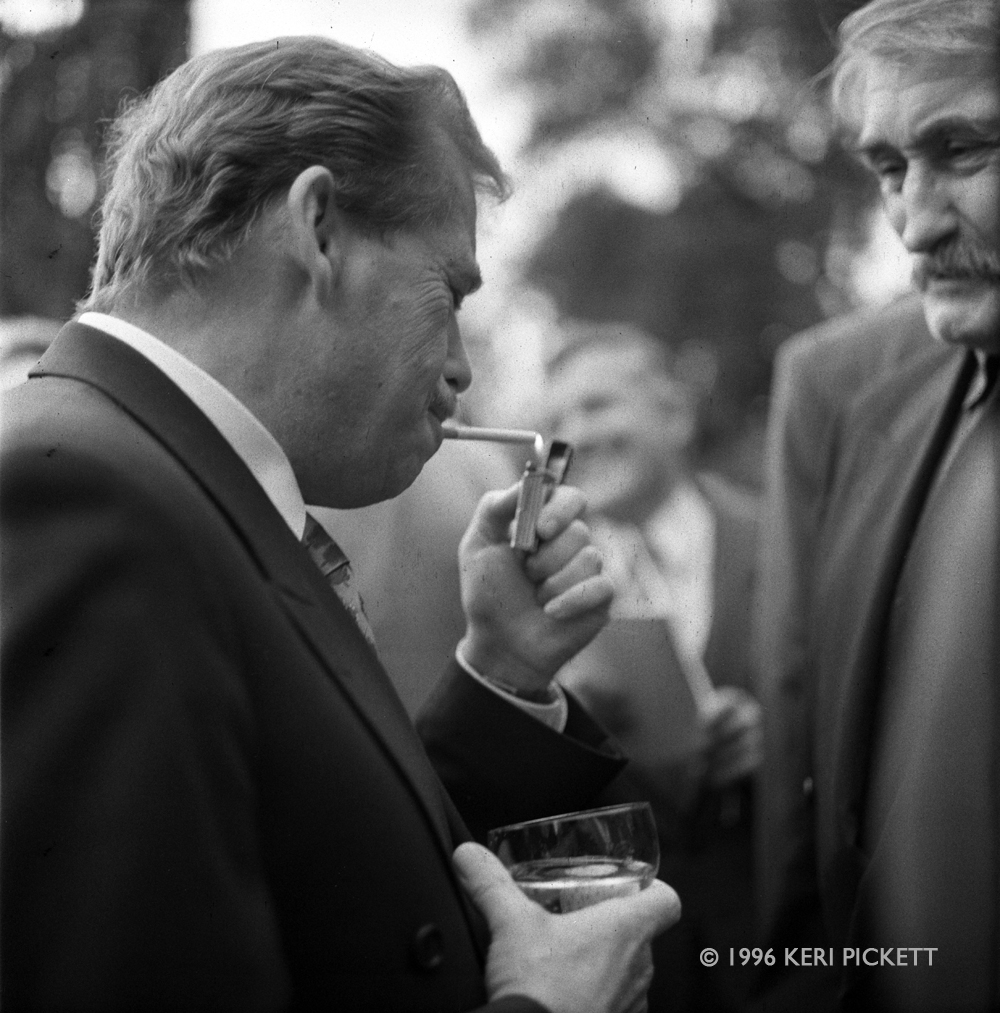 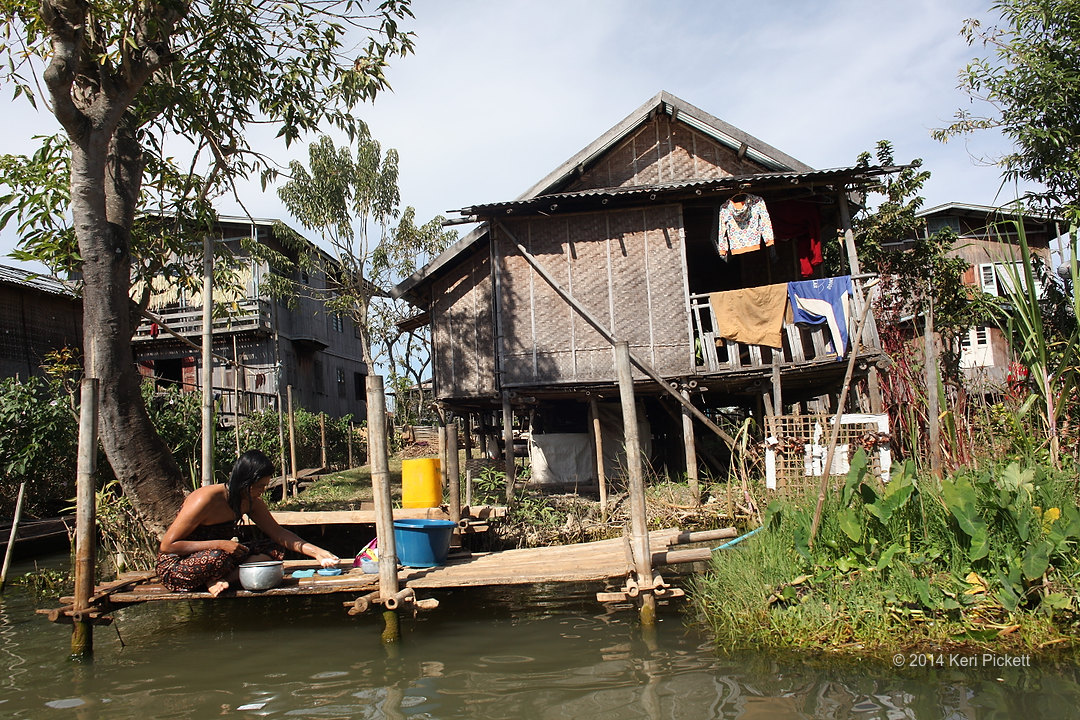