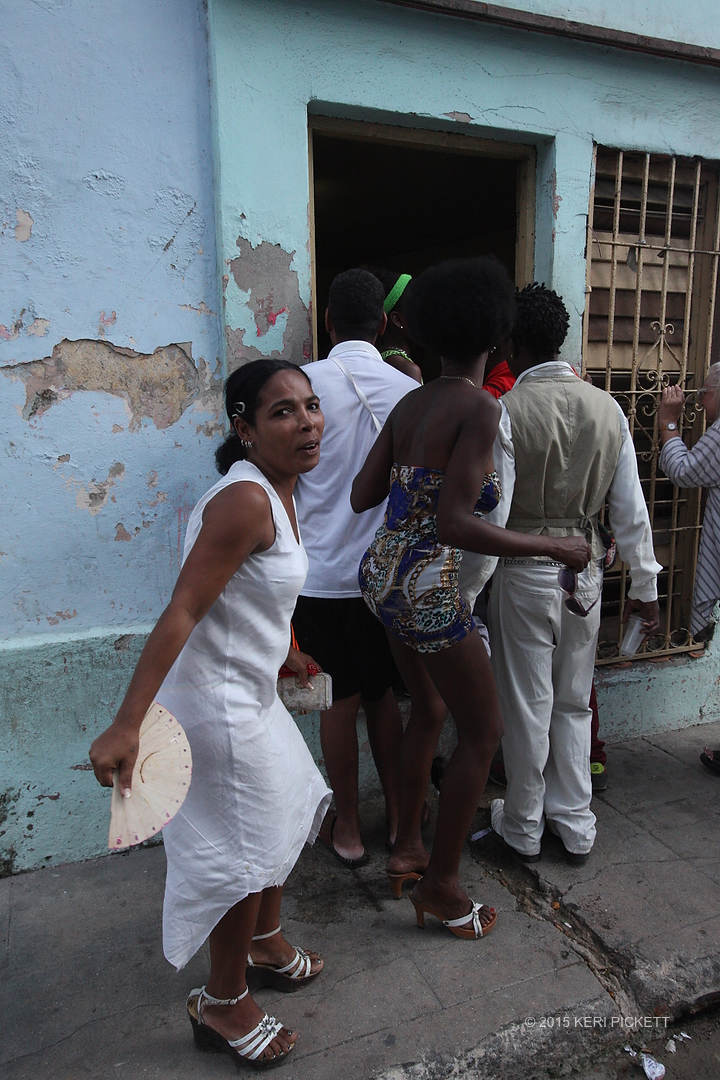 This is the place to go dancing on a Sunday afternoon in Havana. Rumba. Dance offs. We missed the music and dancing, but this is where it happened. ha! So goes the story from our nice state sanctioned guide, Vivienne. She says that on most Sundays this block has a big dance off with lots of people and musicians. But we missed the party. Only a few people were still dancing but I could tell it must have been very exciting. Vivienne cautioned, “hold onto your cameras and do not bring your purses with you to this location.” It was a street party! ha!

The African god Oshun is everywhere on this island, and this artist barrio is one of the places he is found. Oshun worship makes sense as an island is surround by the ocean. Oshun = Ocean! ha! 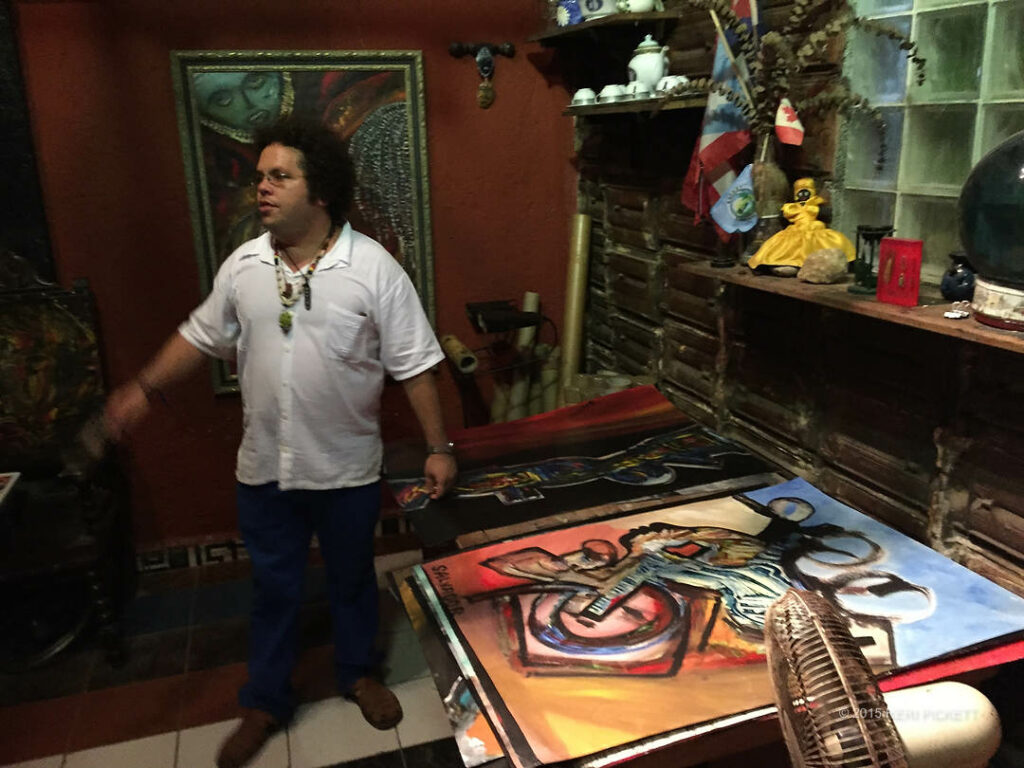 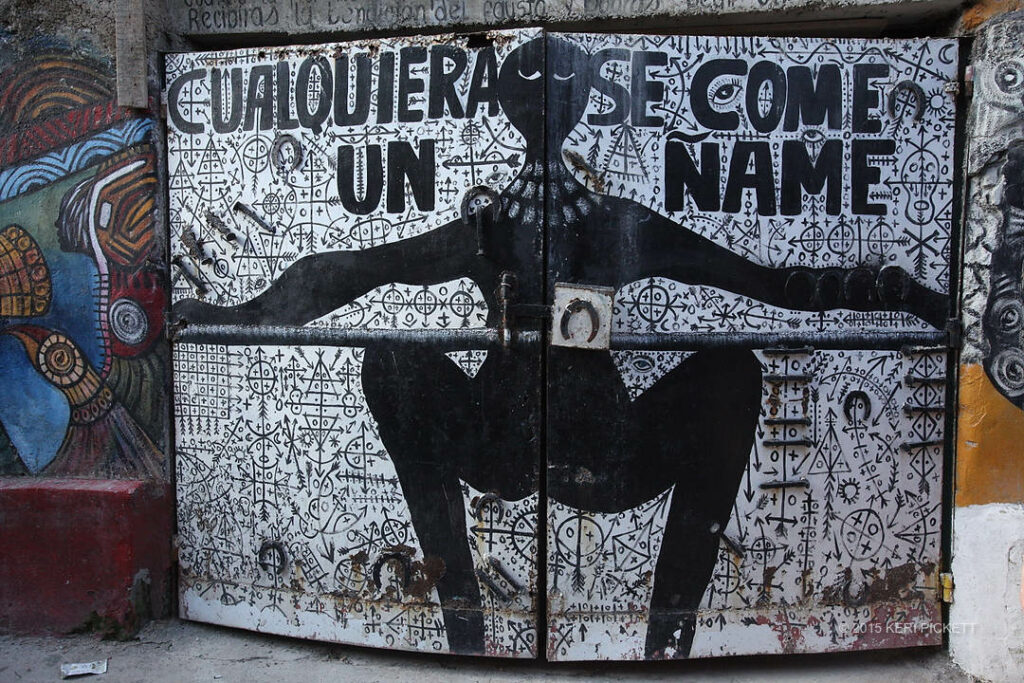 But even though the artist wasn’t in this was a great place to visit. Salvadore Gonzales Afro Cuban street artist who uses African gods as subject matter. His studio is right off an alley, creating a protected public space. Going down the stairs into the inner work area we got to see a stack of paintings on paper and some 3-d objects. 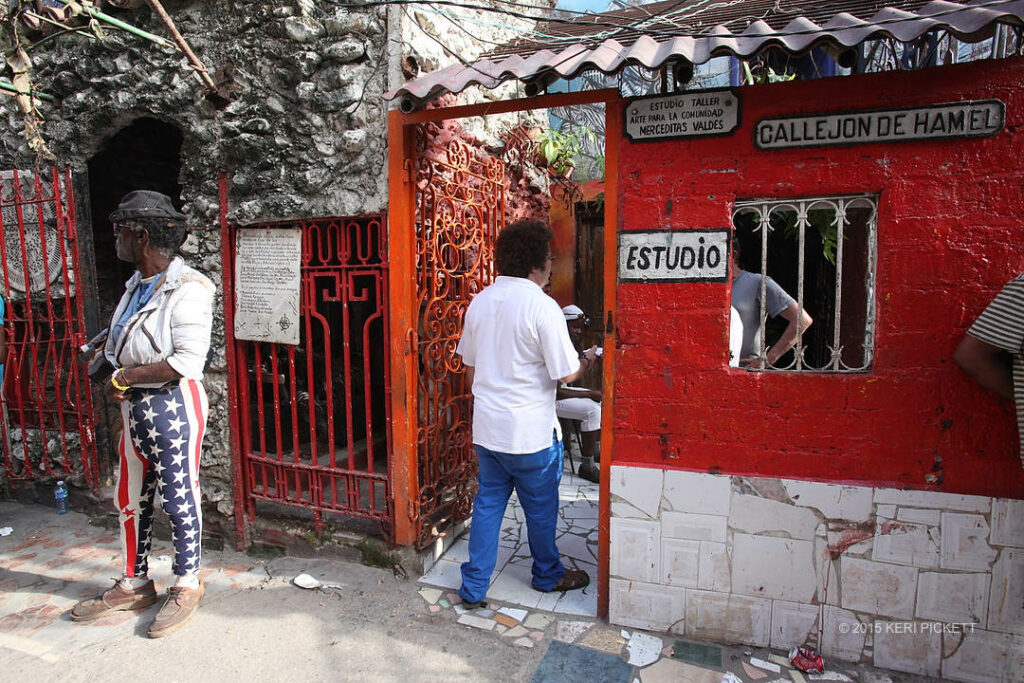 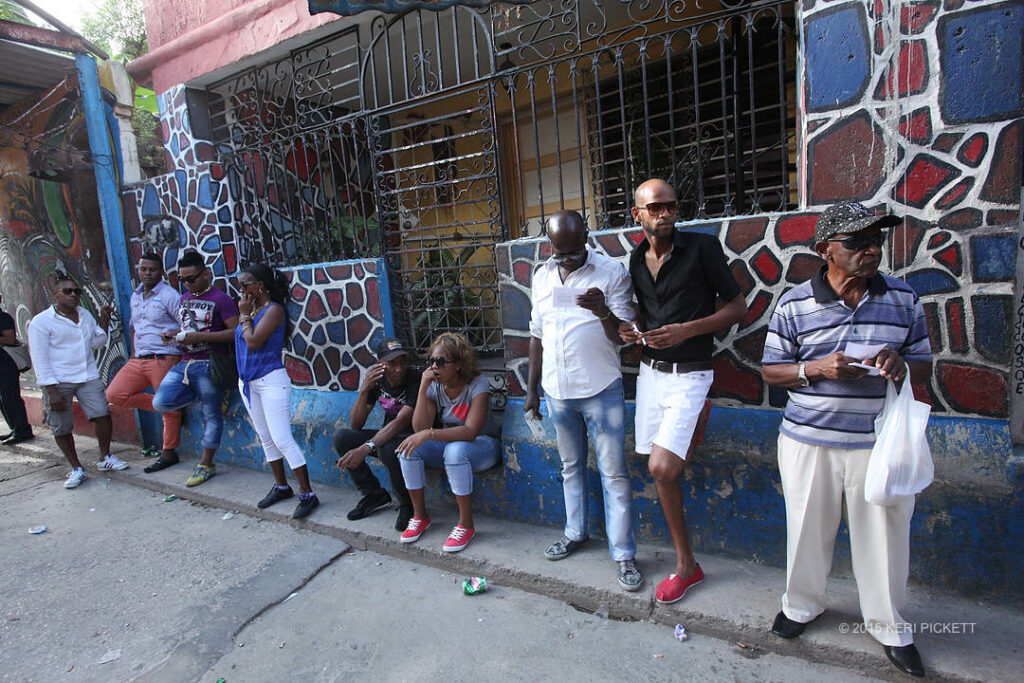 This was a very interesting scene and it must be so fun to have these small street parties everywhere. I felt a strong East Village vibe as I stood listening to the music and watching the children, elderly and in between all hanging out with each other and having fun. For sure this was the only place where there was a young man hitting me up for money or jewelry, or whatever else he could get but heck, there was stuff to get. In addition, people broughts gifts, one lady gave the kids baseball caps so perhaps there is an expectation of giving that happens when westerners show up on the scene. 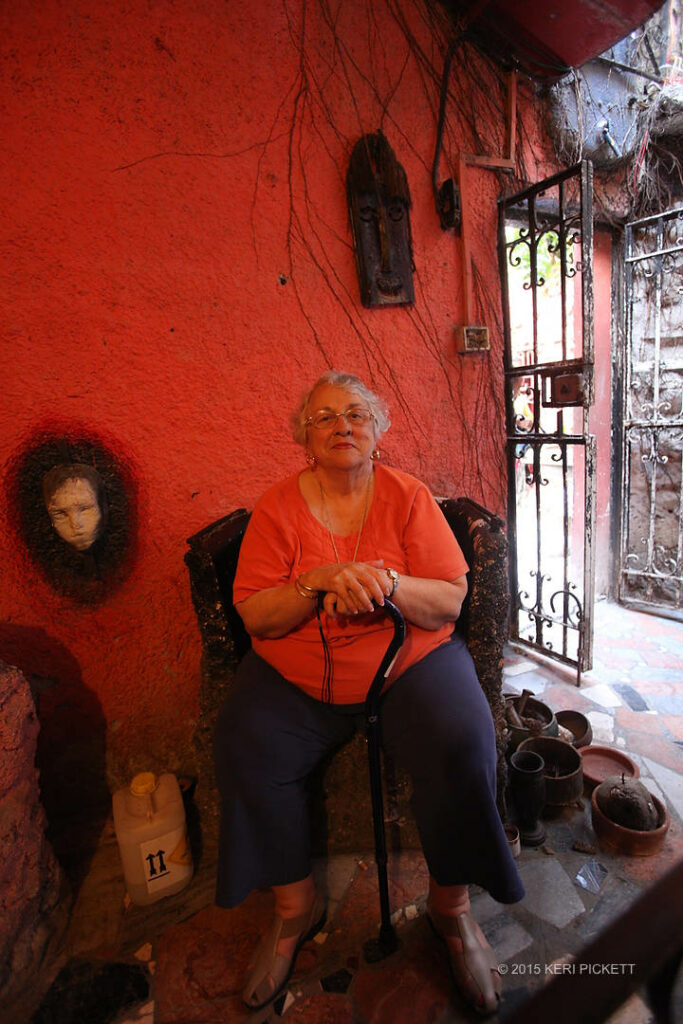 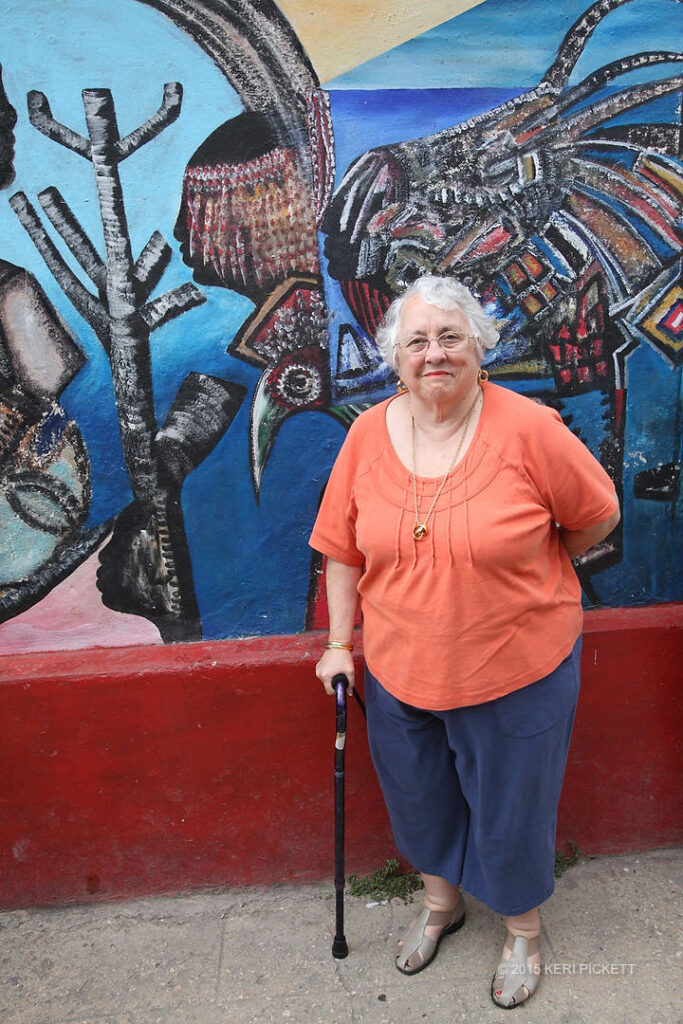 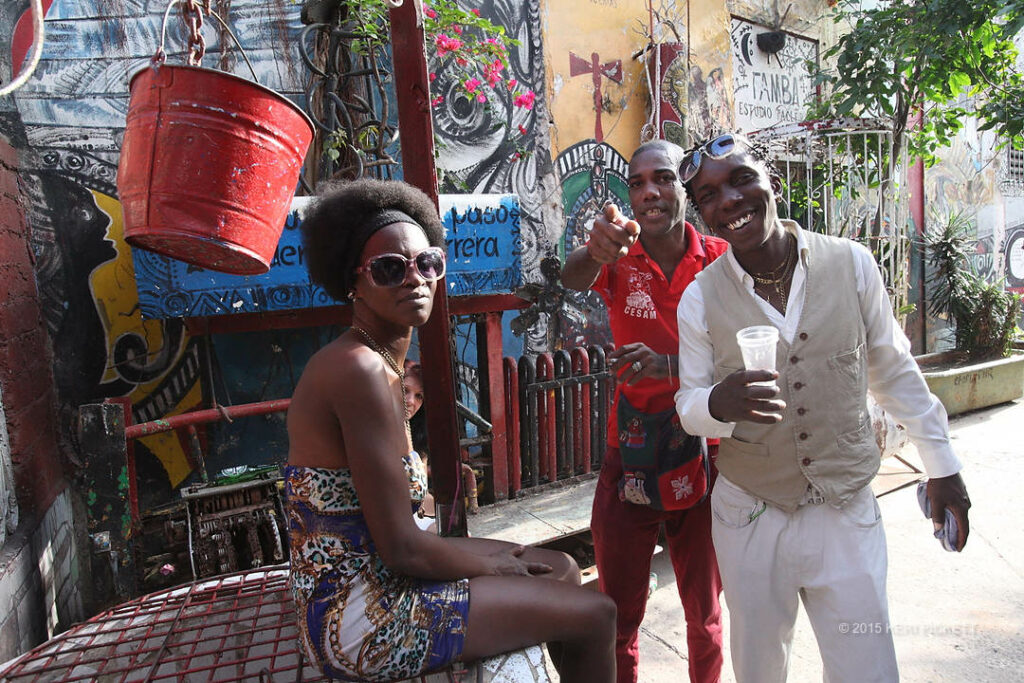 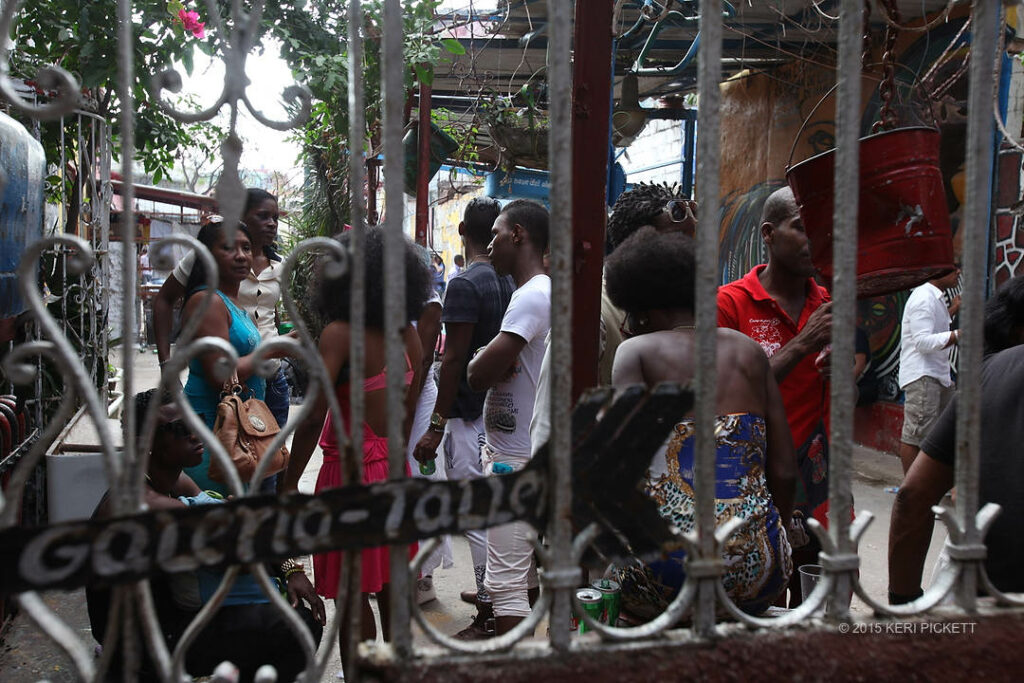 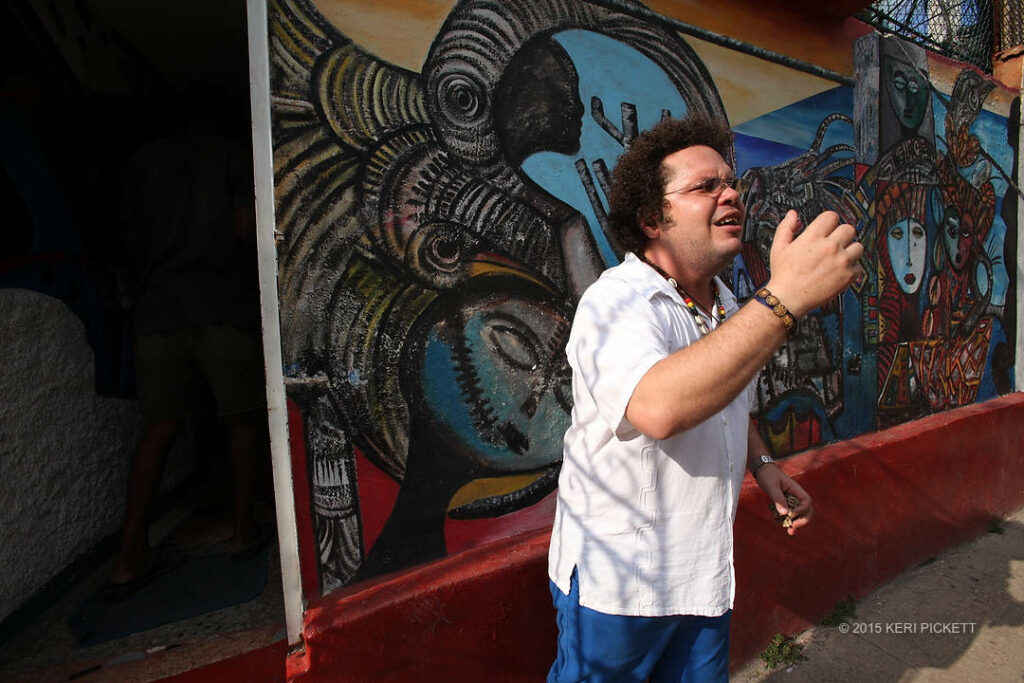 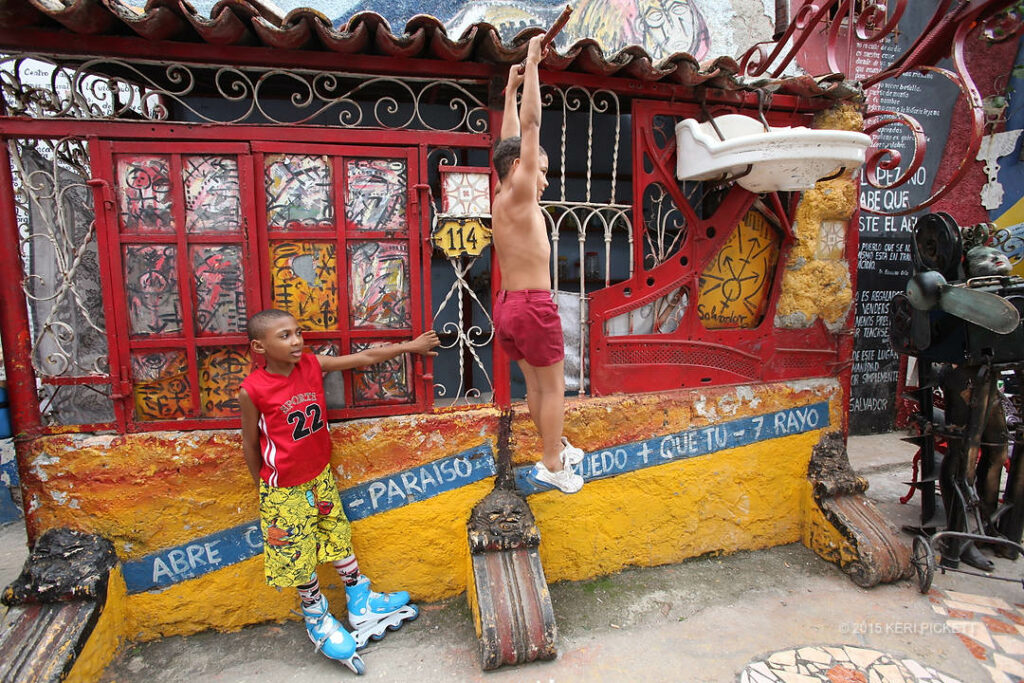 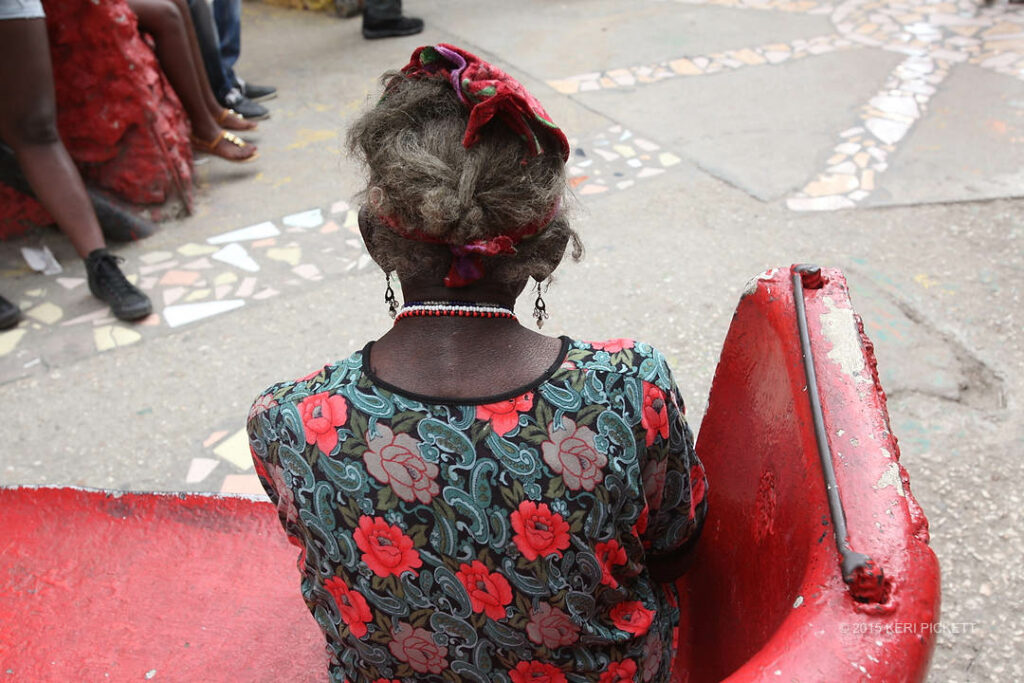 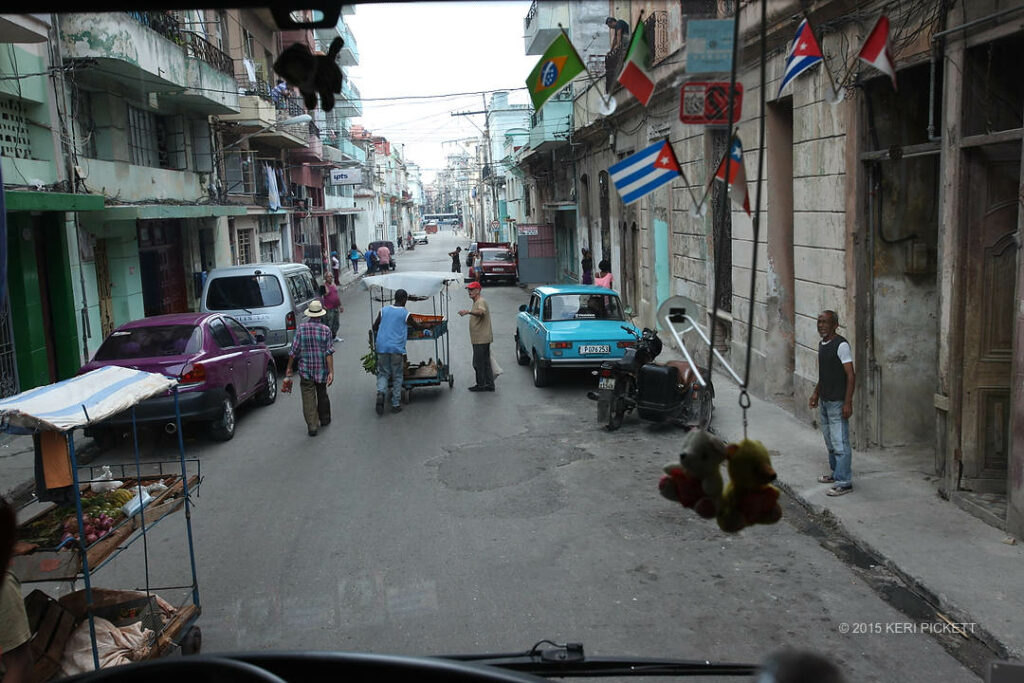 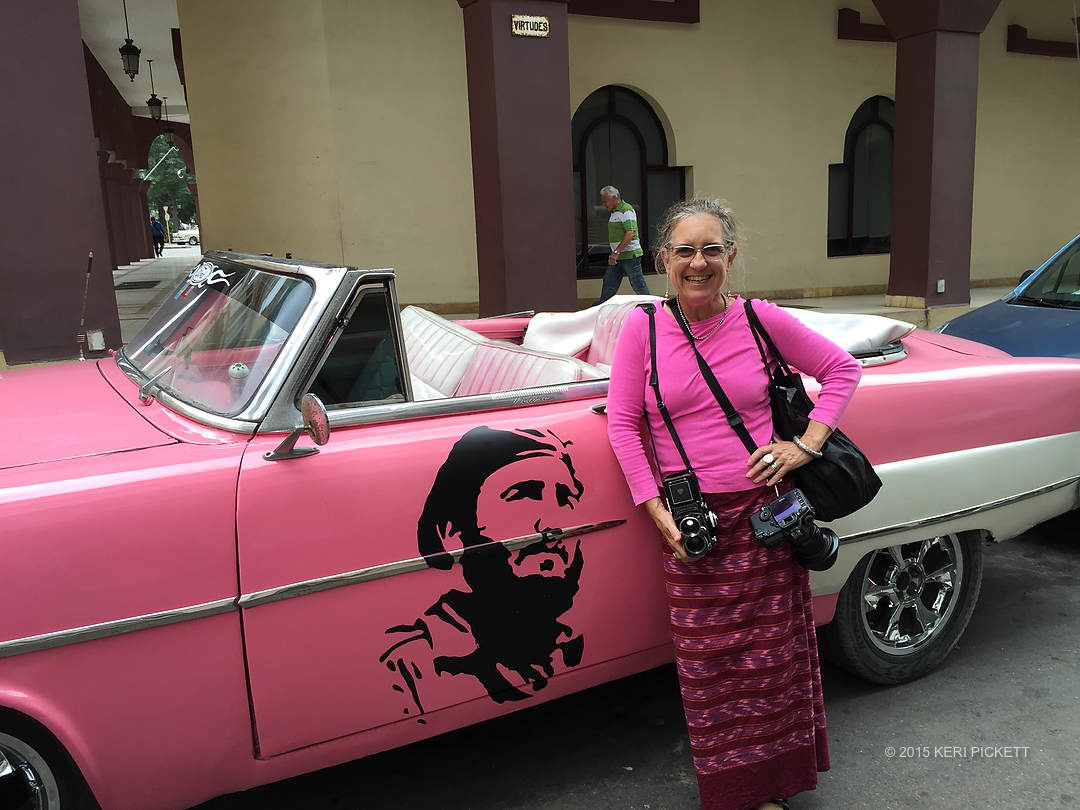 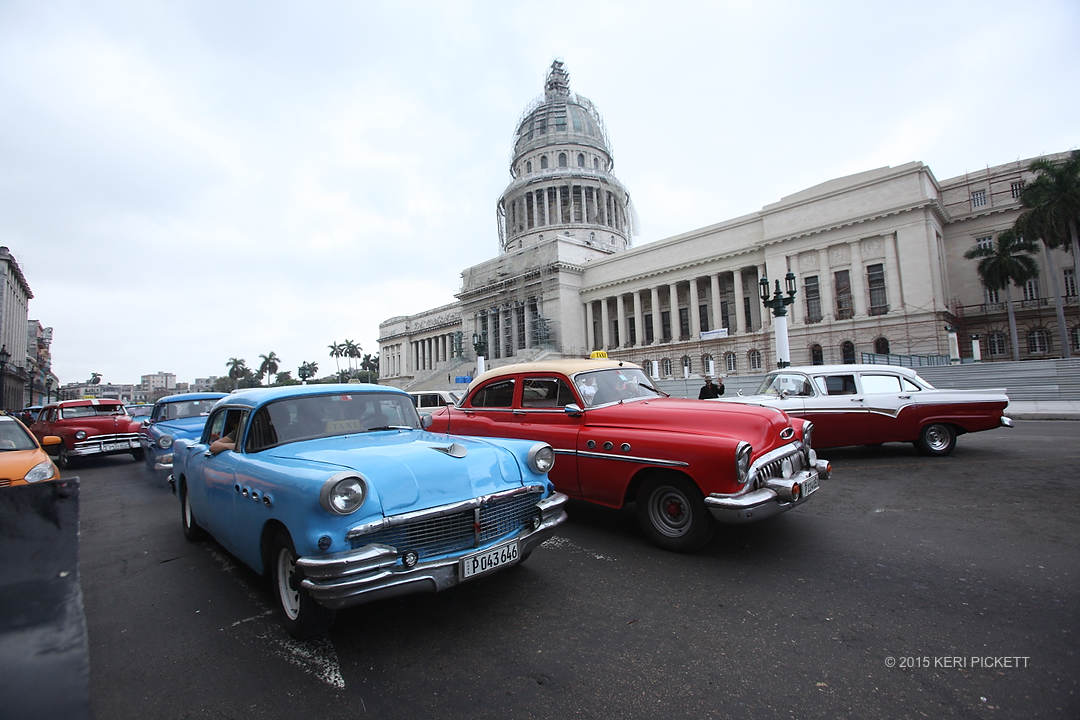